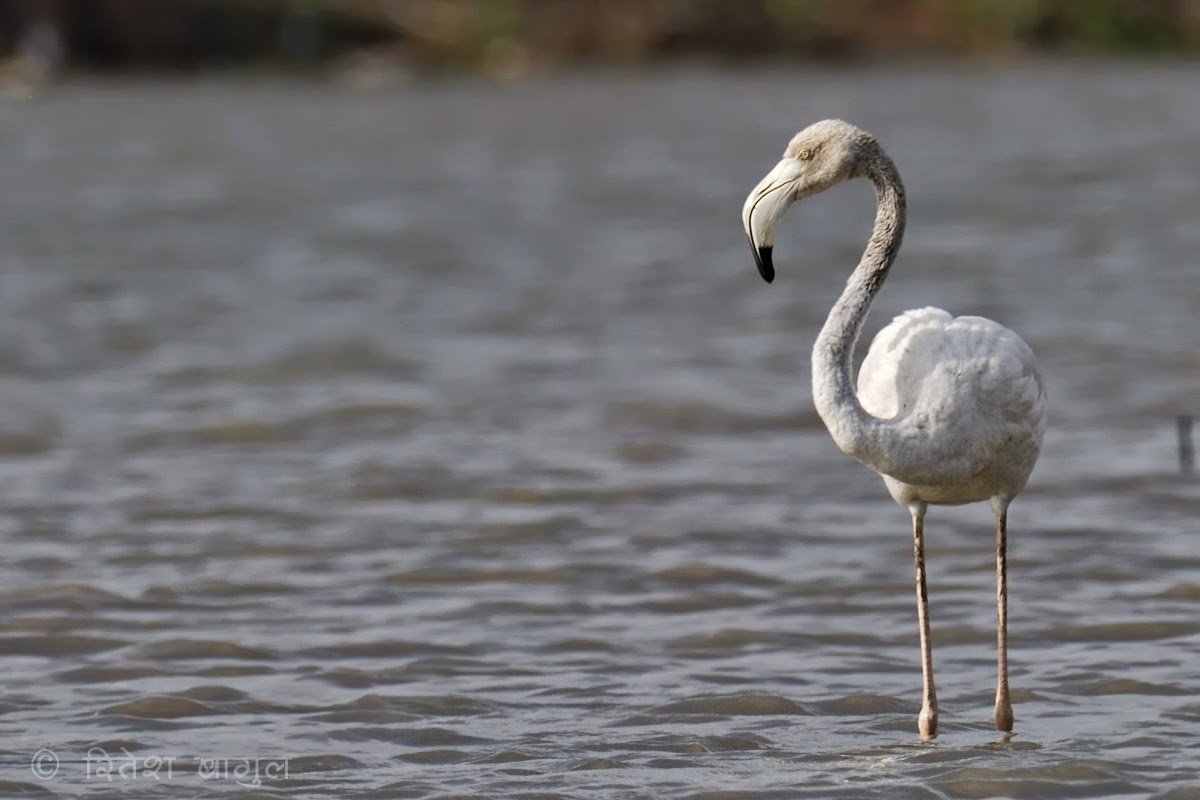 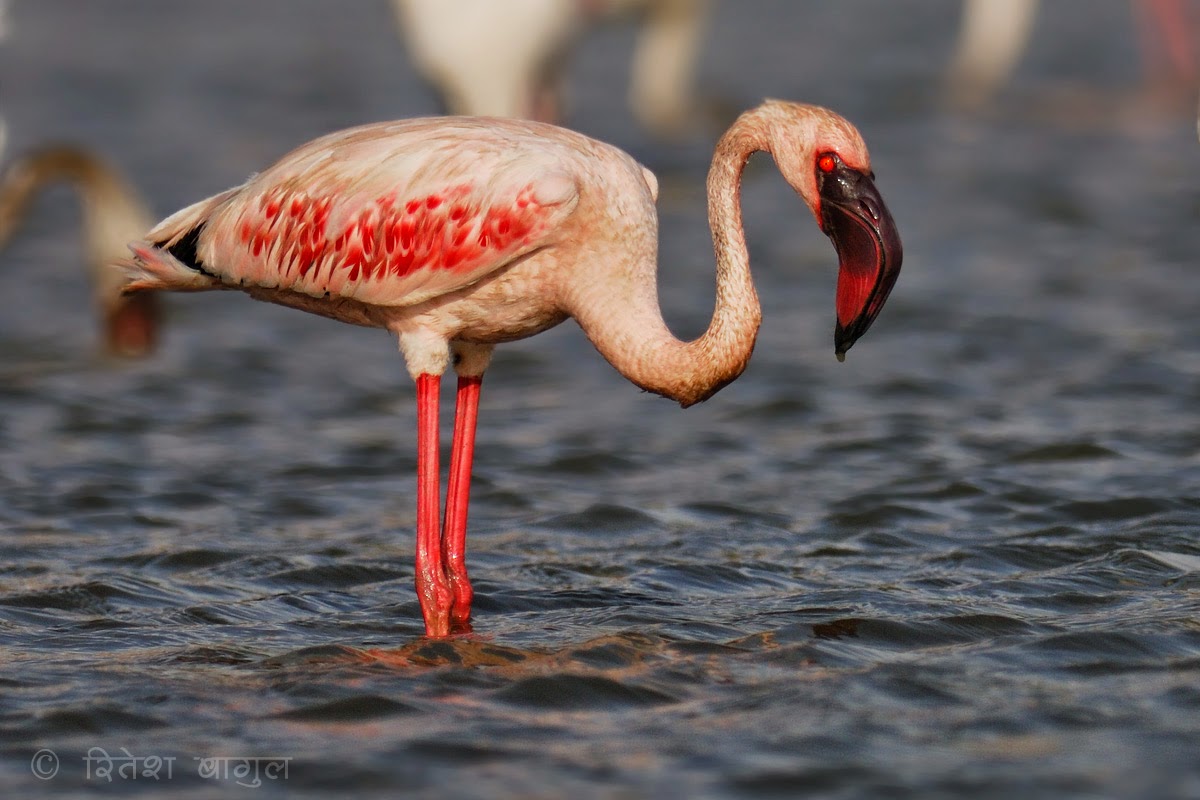 In the scorching summer heat of May, when the all waders and migratory species have returned back and deserted the water bodies leaving behind handful of resident birds, it would have been not so much encouraging to birdwatch, however that's the opportunity to get something different on the platter. We (alok bhave and myself) decided to have a look at Uran side and contemplated a irregular experience of the site.  We headed towards Uran early morning and as usual decided to check out the birding site at Kombadbhuje village. The small road going towards the creek side was once time well equipped with small bushes, trees, tall grass and mangroves on one side and big water reserviour on the other side. There has been substantial land filling and damage to the small hillock and bushes are beaten down to death. However we found some bird activity, of course less than which used to be. Yellow eyed babblers, white throated kingfisher, Indian robin, jungle prinia were among the regular birds which are always spotted here. Laughing doves and spotted doves were resting on the tree branches and sun had not come up till that time. We heard a cuckoo singing and a Grey bellied cuckoo was spotted. Besides we could see the koel and greater cocouls hanging out around. As light came up we moved towards Jasai village, Uran side looking for birds. 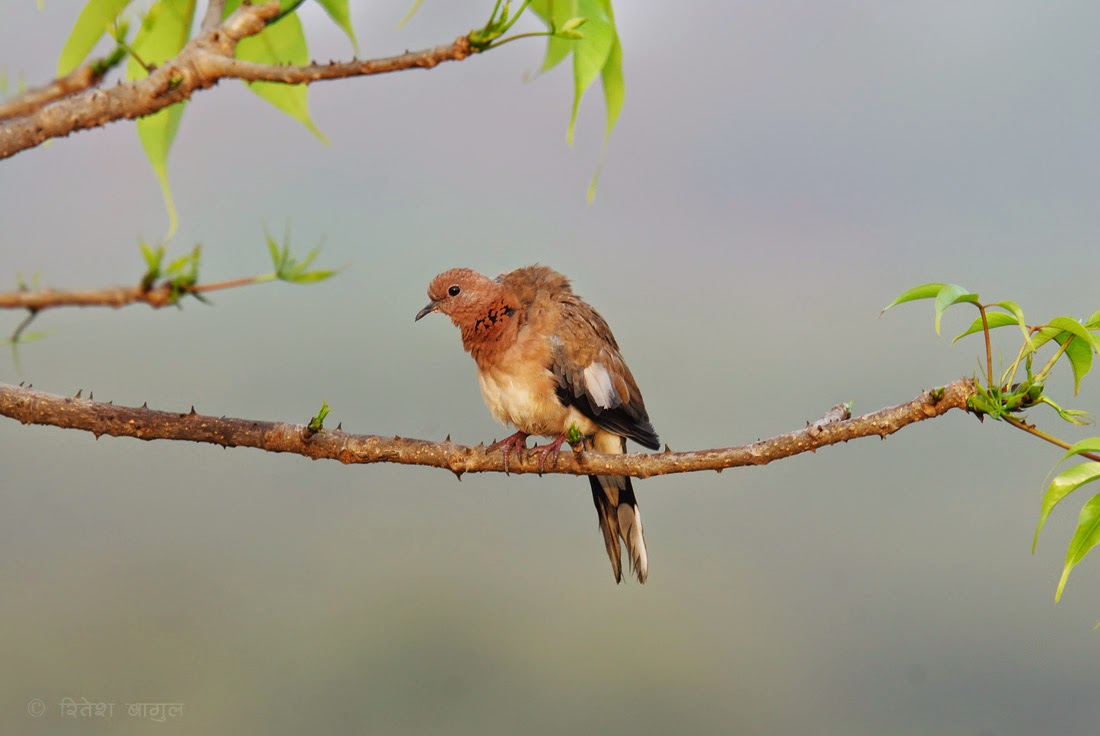 
At Jasai we came across the beautiful raptor, black shouldered kite relaxing on overhead electric supply wire. We wished if it could be photographed on natural perch. Our wish was granted and got this (see below). 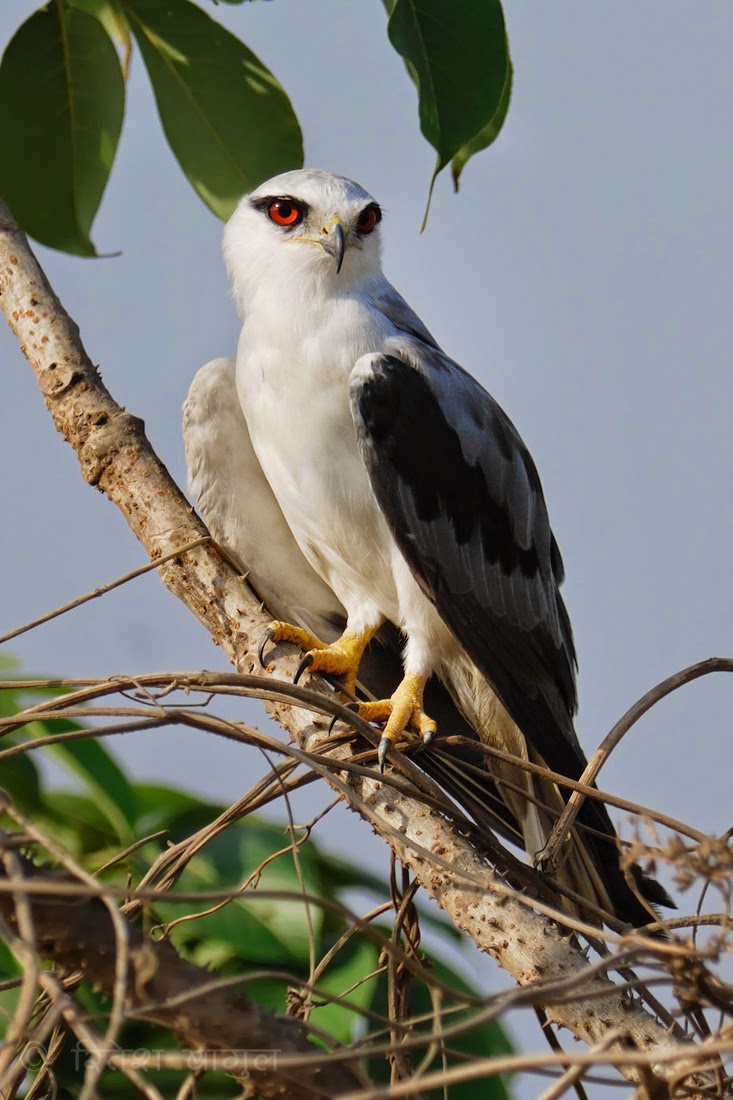 
There were lots of red munias feeding on the grass seeds at the edge of dusty road. We approached them but these are so shy and difficult to photograph. We waited and finally could seize a quick opportunity to click this (see below) before bird flew off hurriedly. 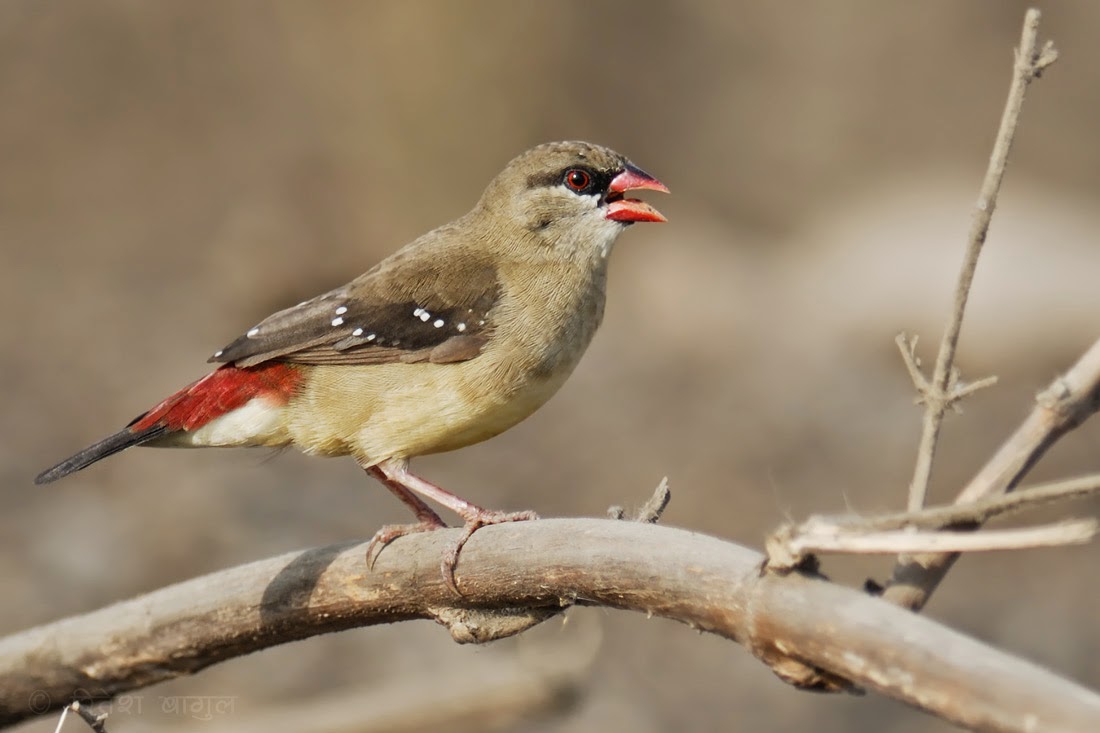 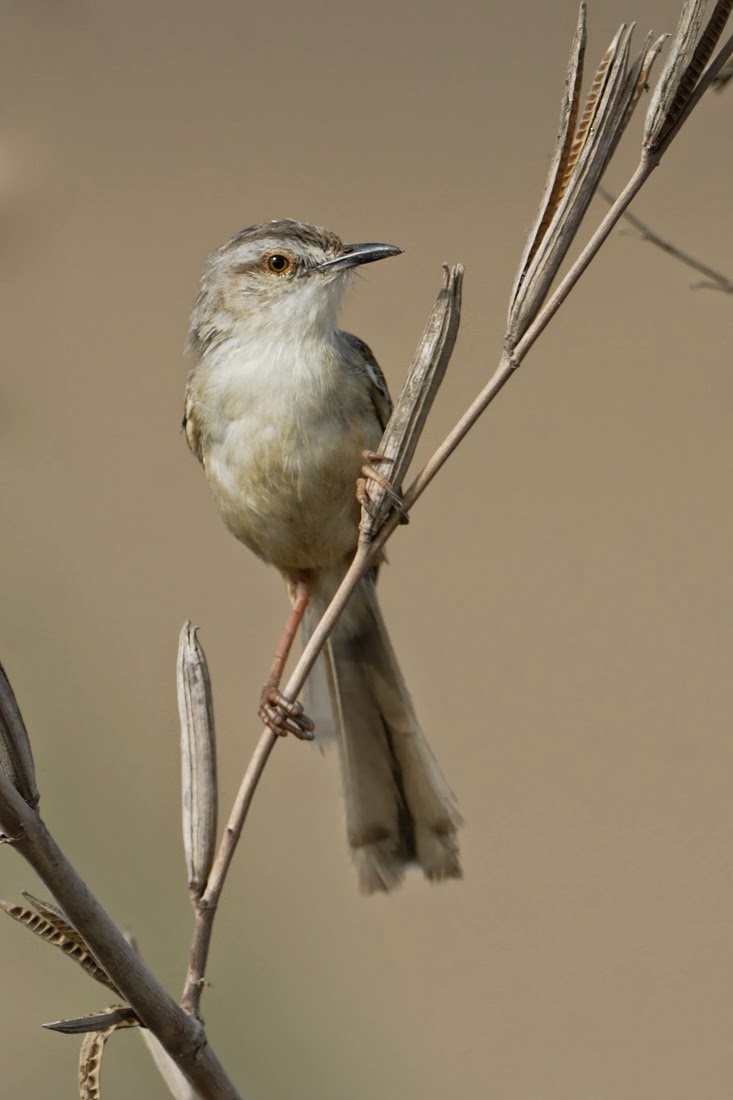 The cattle egret which are not so attractive and stick to their low profile, however in breeding season get stunning make over. We could click some stunning male plumage of cattle egret as below. 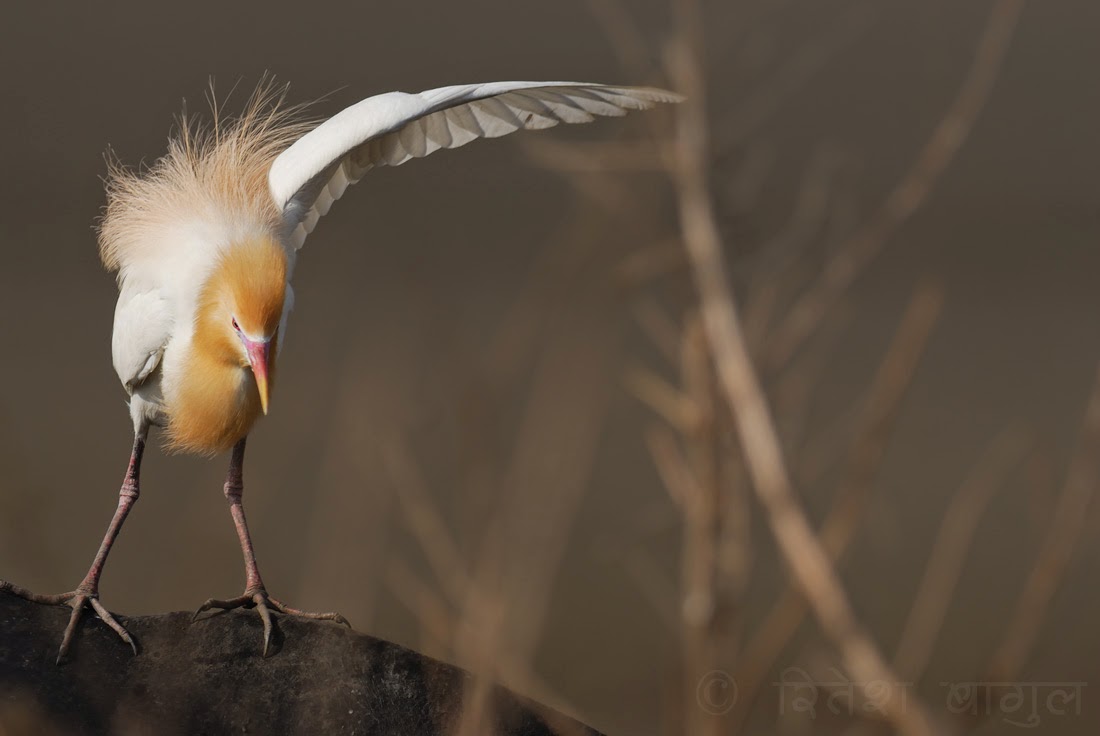 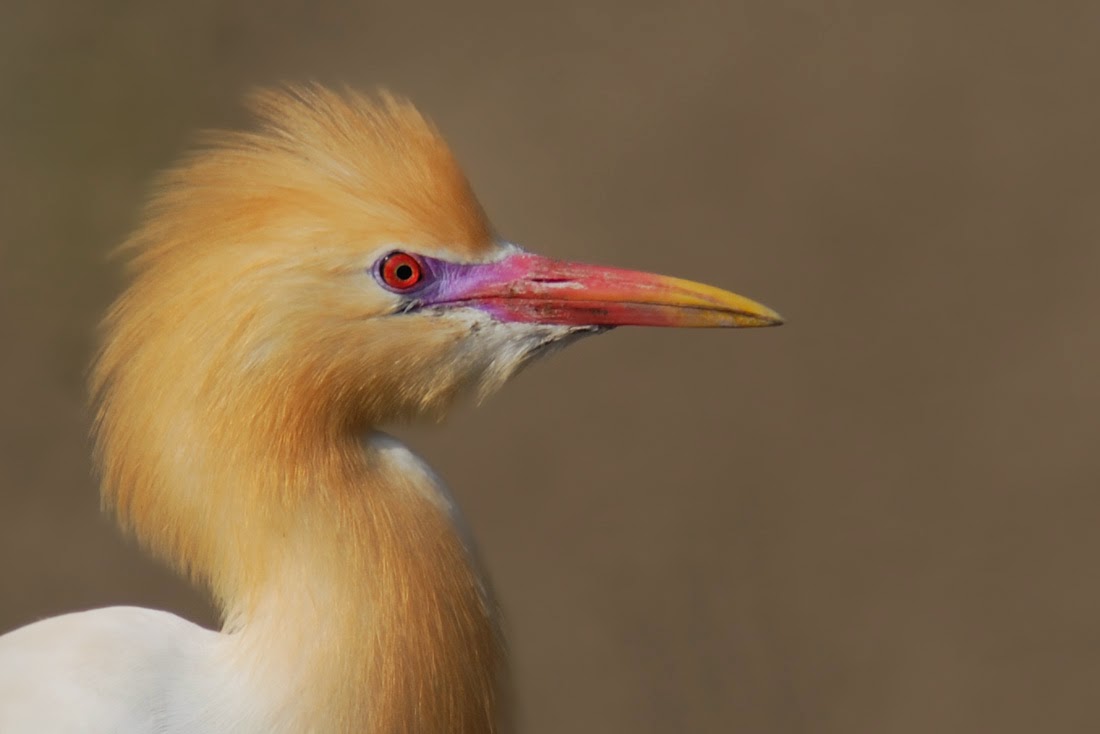 As the sun came up and we were very satisfied with the brilliant show by cattle egret, then we happily started backwards. We were having no clue what was waiting ahead. At palm beach road we decided to quickly have look at lake at backside of Seawoods estate, and were absolutely surprised to witness  a large congregation of flamingos. (see below) 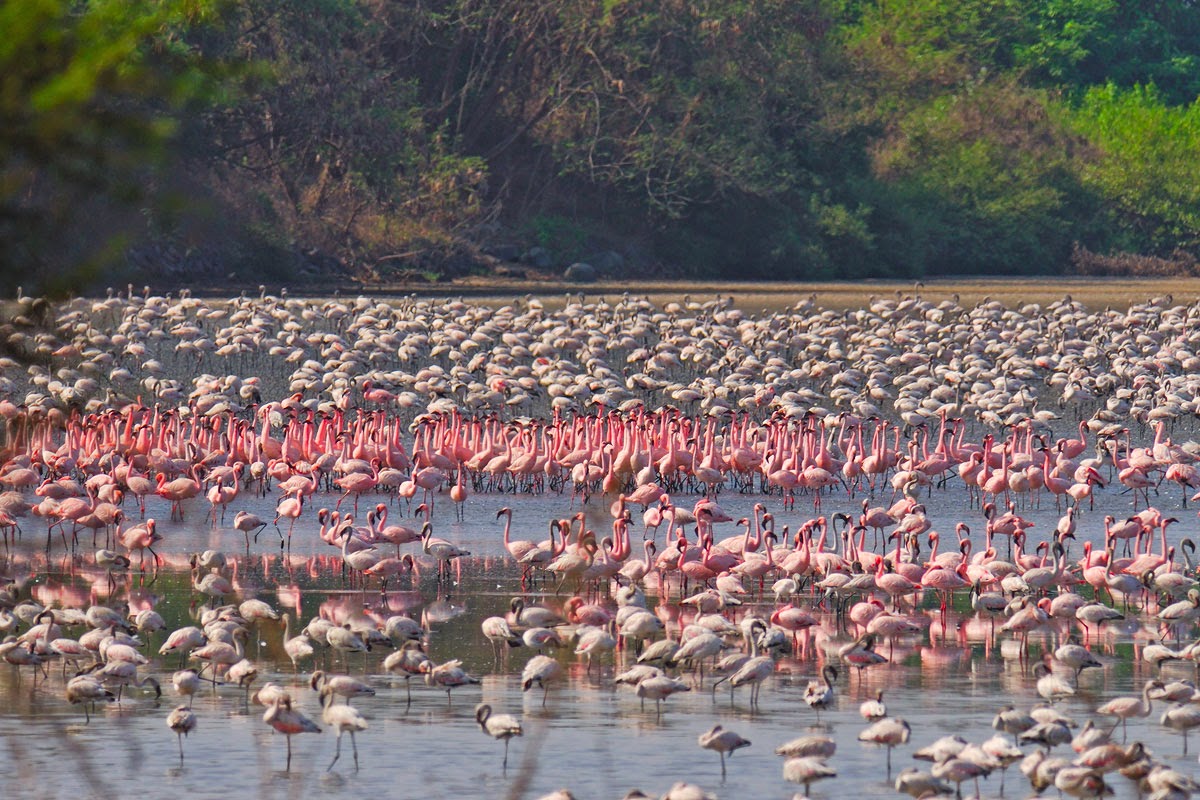 Lesser flamingos are local migratory species in Indian subcontinent. The Lesser flamingos breed in the Rann of Kutch in large salty and alkaline lake pans. The harsh environment of alkaline lakes actually provide the protection from predators. During monsoon when sufficient rains fills the lakes and isolating them from main lands, flamingos find it conducive for successful breeding. During non breeding season they wander and migrate locally to the locations suitable from food availability point of view. Lesser flamingos get attracted to the creeks and mudflats of Mumbai for their appetite of algae which is abundantly available. The construction business and sewage water from the populated Mumbai are the main reasons for growth of the algae required by Lesser flamingos. Flamingos land up in Mumbai around month of October and as monsoon approaches they depart to breeding grounds. Not all get the breeding opportunity as seen in above picture there is a group of flamingos which have acquired stunning pink breeding plumage. The above photograph is taken at salty lake near the mangroves on palm beach road, Vashi, Navi mumbai.  The breeding group was performing a dance where in they march in a group in unison, holing necks high and swaying right left, they also make some noise/sing song while dancing.

We then saw the flamingos were leaving the place and flying towards the direction of Talawe. We quickly moved to Talawe to see these angles  dancing ecstatically and having a merry time. We joined to have our share of merry time. 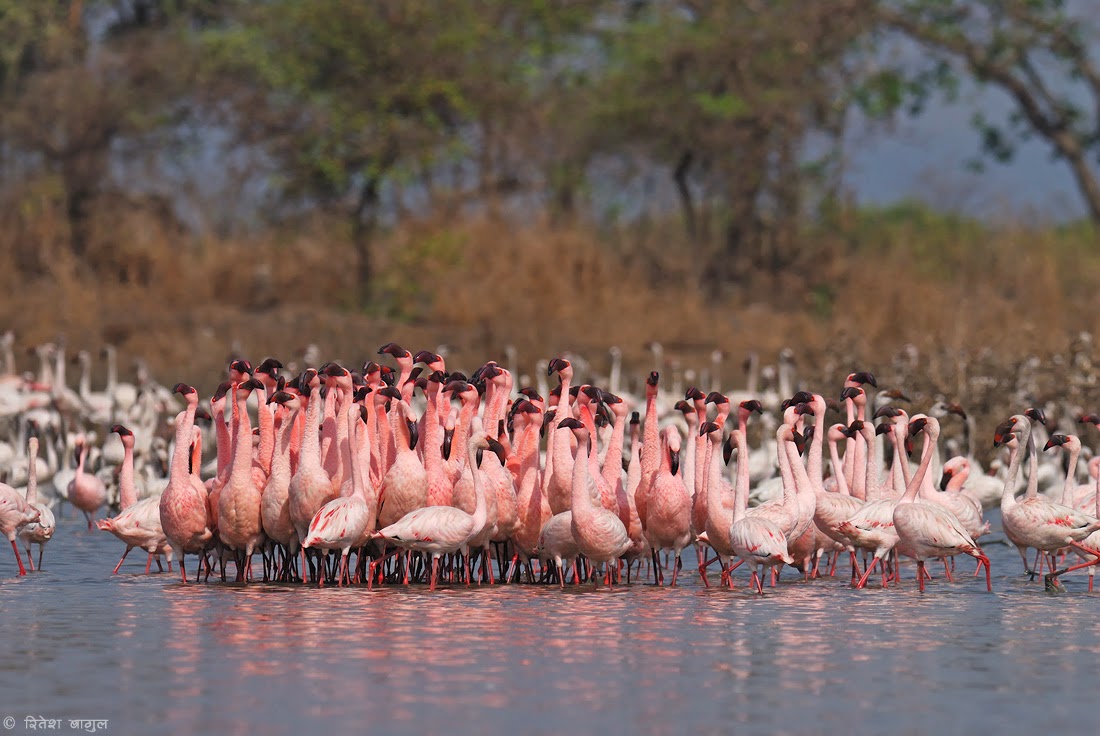 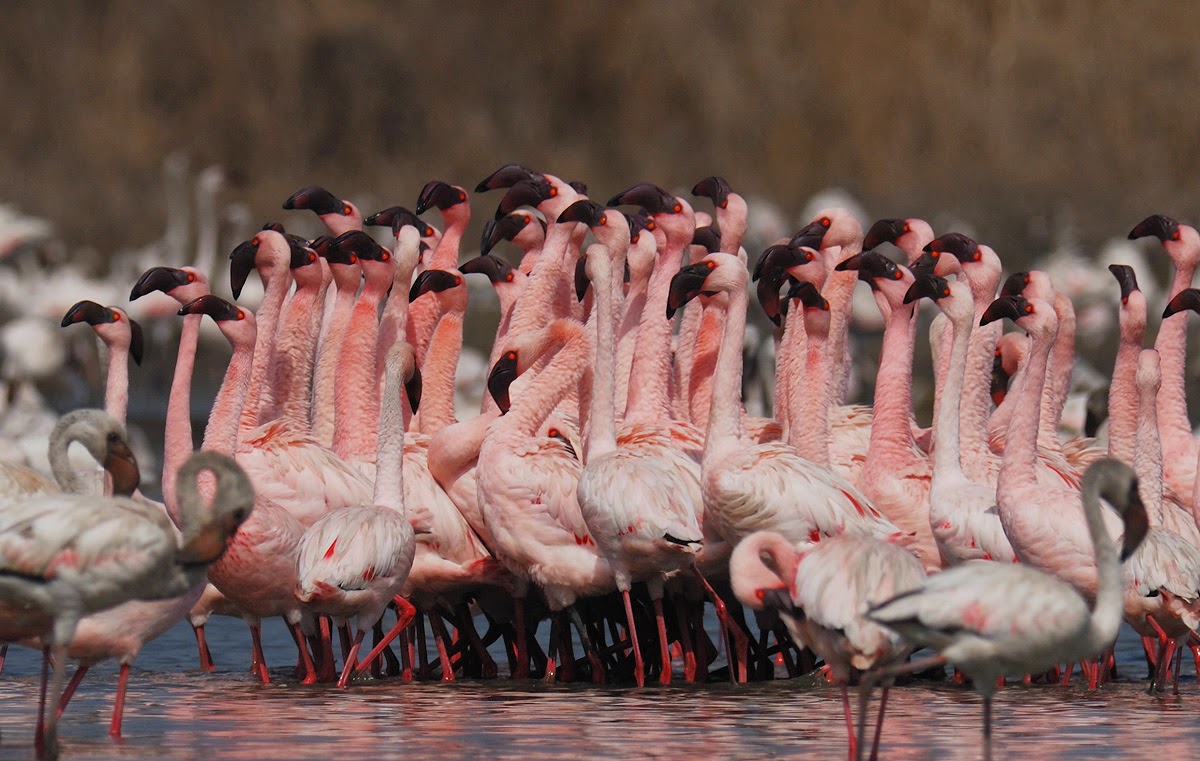 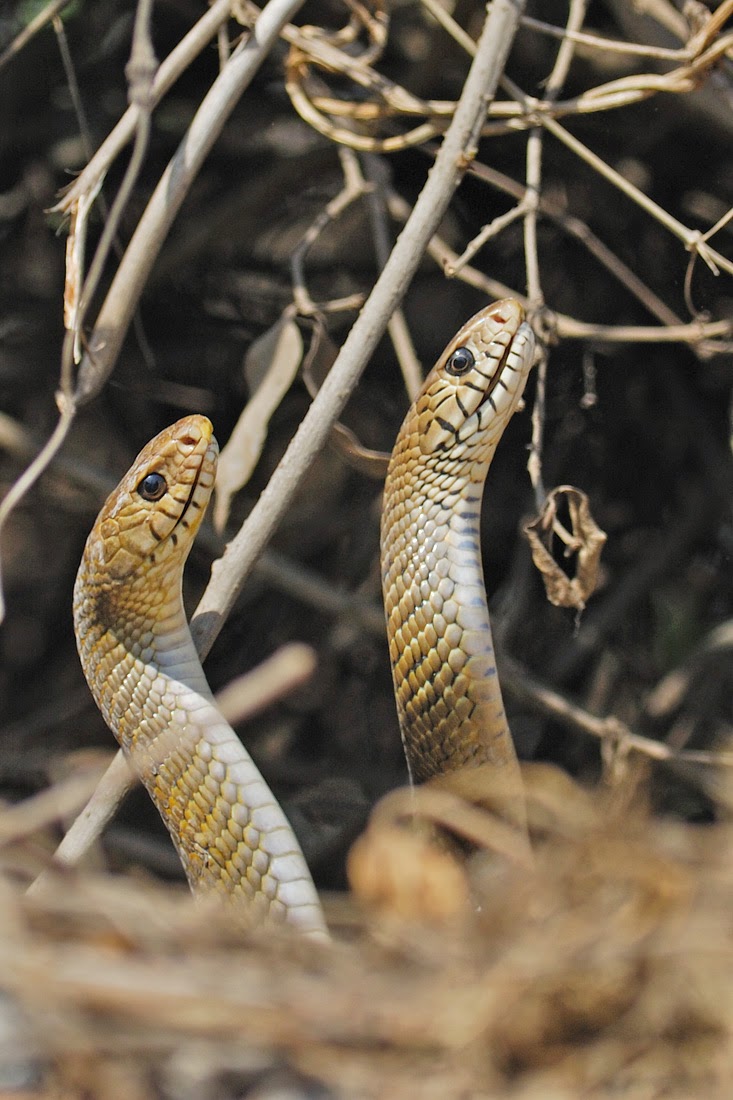 While returning back from talawe, We came across these two male rat snakes fighting for dominance over each other, to prove as fit for mating. 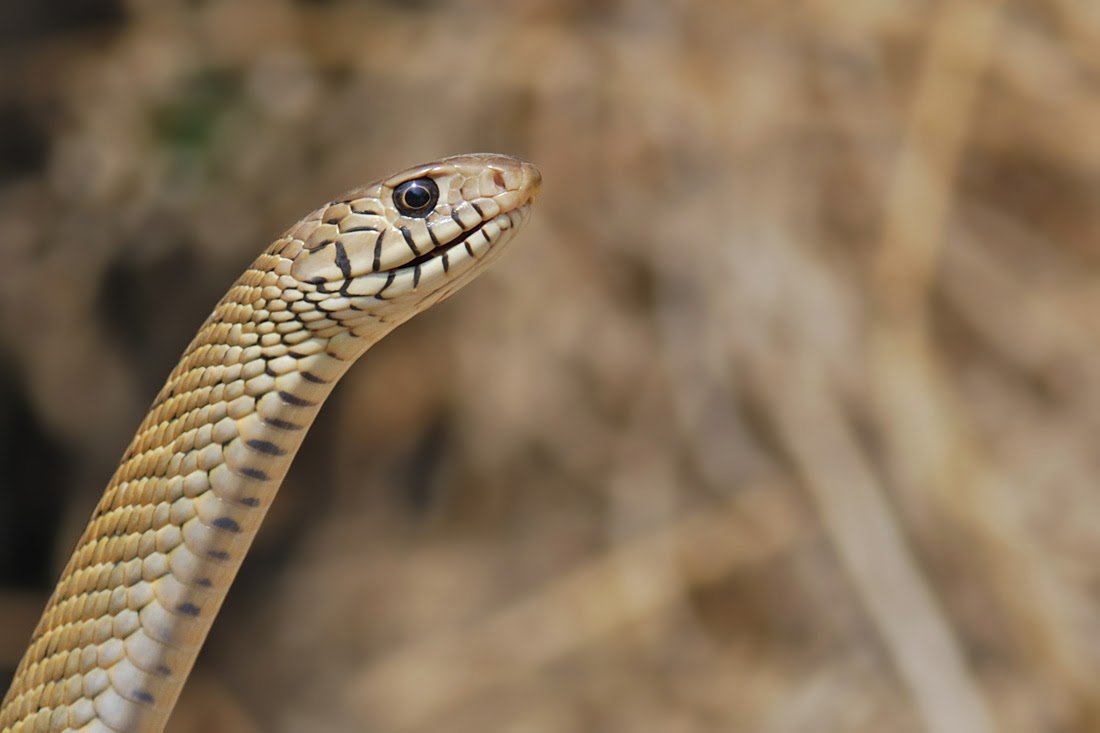 
Indian rat snake is nonvenomous snake mainly feeds on rodents and birds. It catches and constricts its prey.

So it was proved once again that if we have curiosity, Nature has more in its treasure to surprise us, irrespective of which day, which season, which place it is..

Your comments and critic are all welcome. 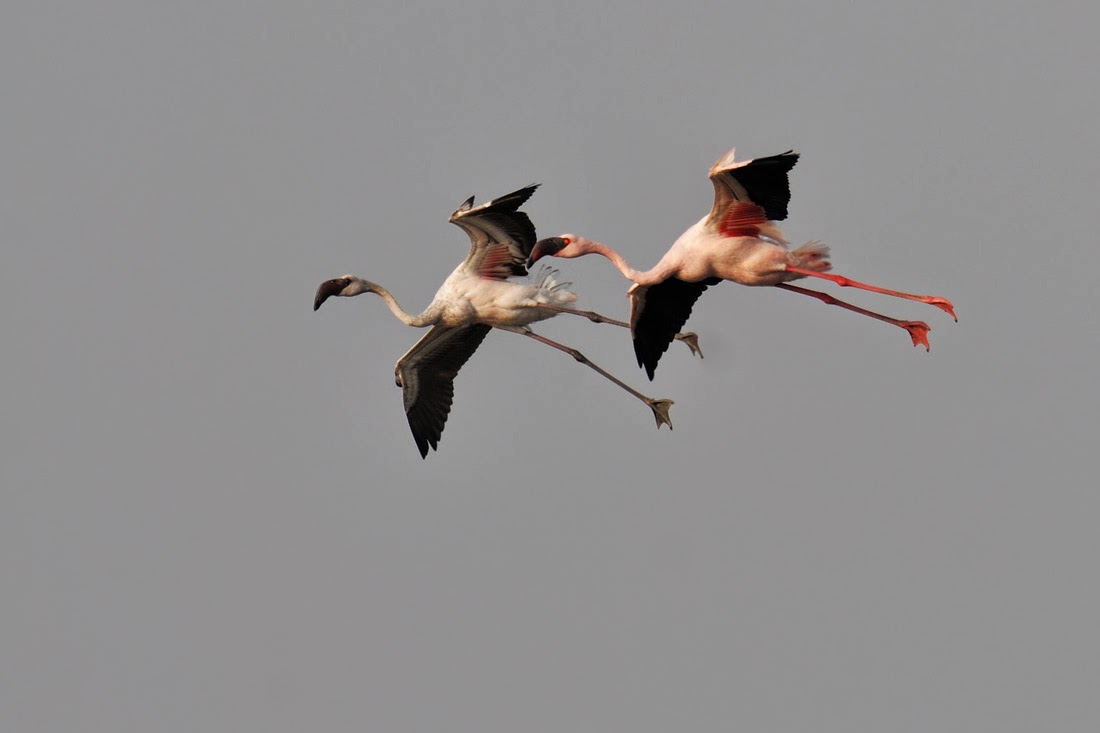 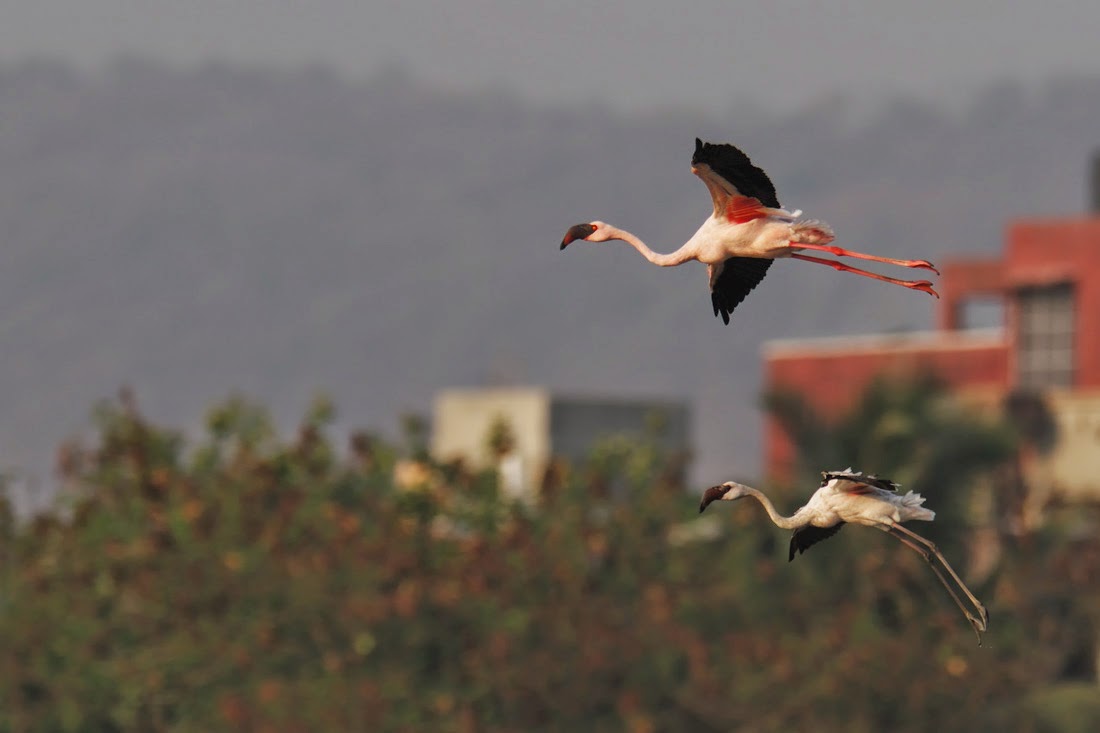 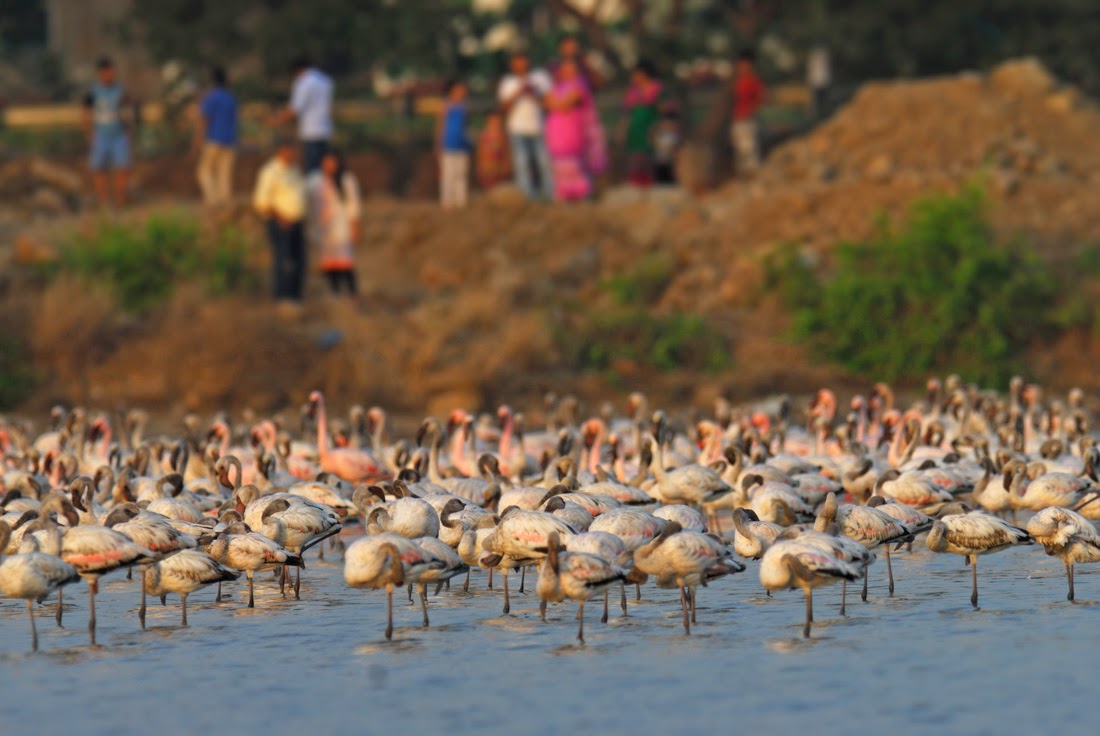 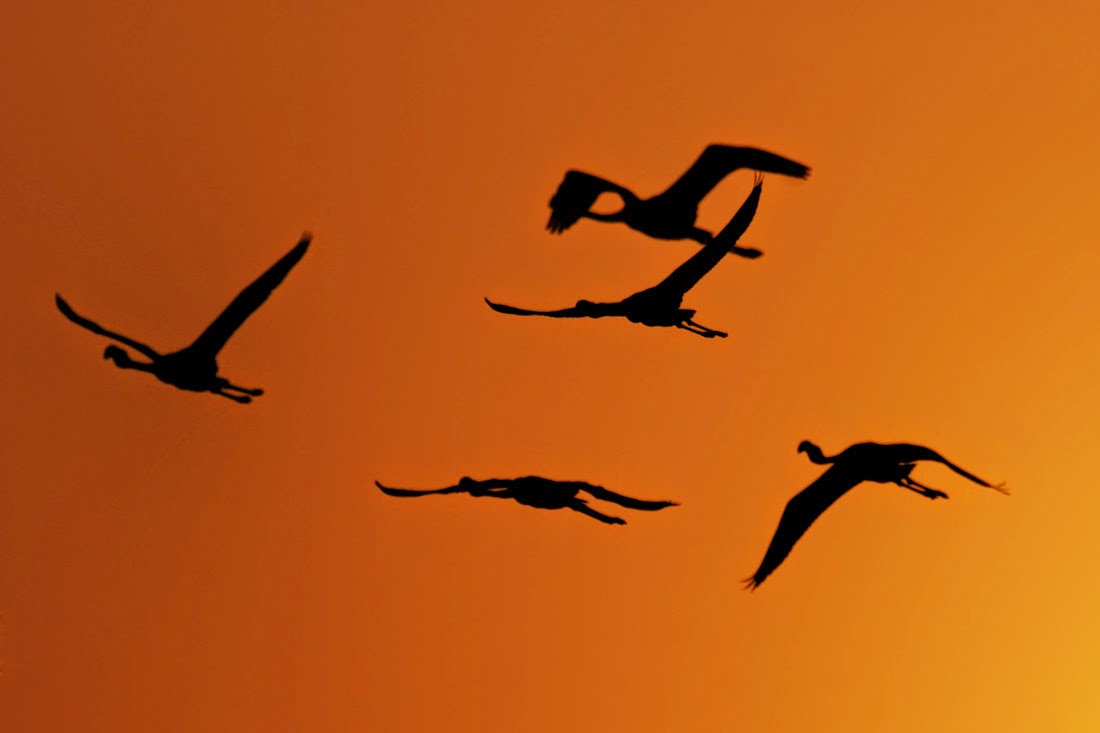 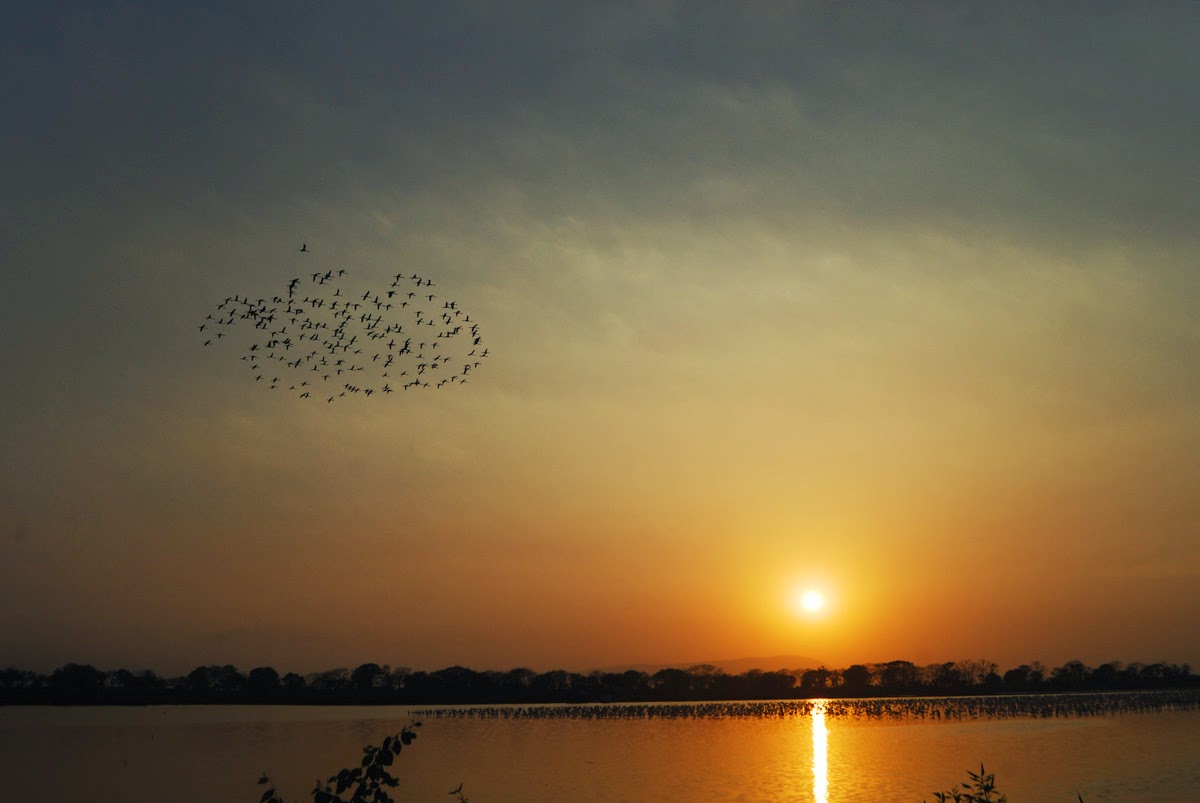 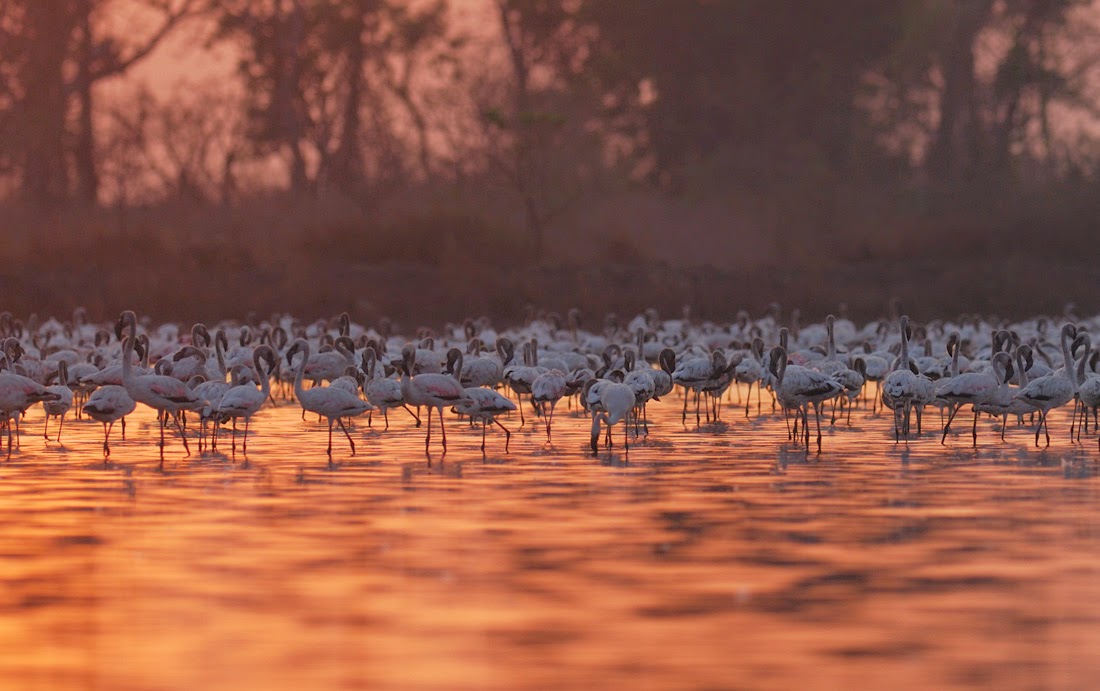