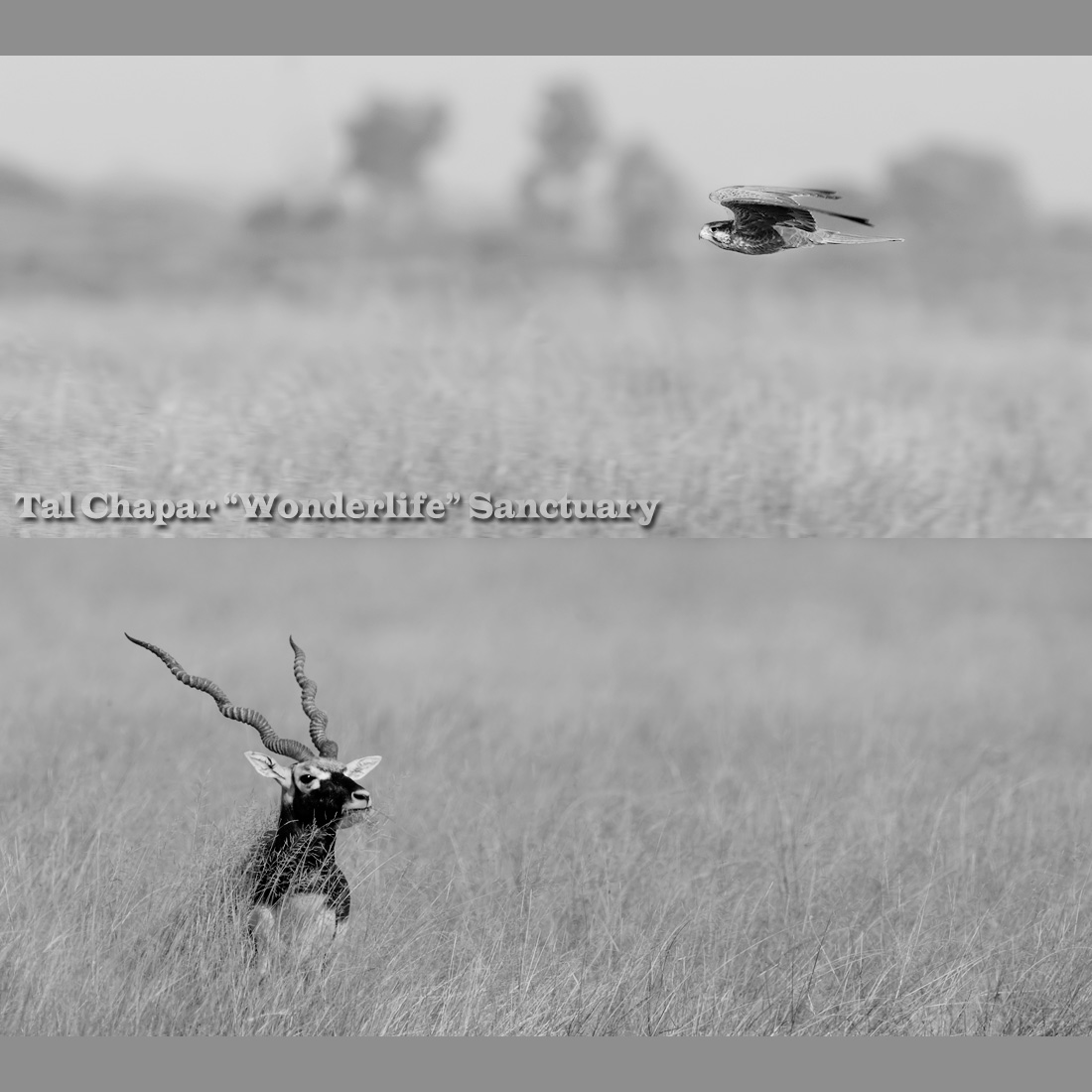 The word "Tal" means the flat saline depression, an unique element of the Thar desert landscape. The Tal-Chapar Sanctuary came into limelight due to the sightings of rare birds like Yellow Eyed Pegions, Stolickza's Bushchat, Spotted Creeper and many more that visit this "Wonderland" during their normal course of migration into the country. Surely this is birding paradise through out the year despite the harsh climate.

Nature India trip for Tal-chapar was announced and luckily I could reserve my participation. Leaders of the team, Adesh and Mandar, with their best skills and experience made it successful for all members participating. Personally I could get six lifers from the trip namely - 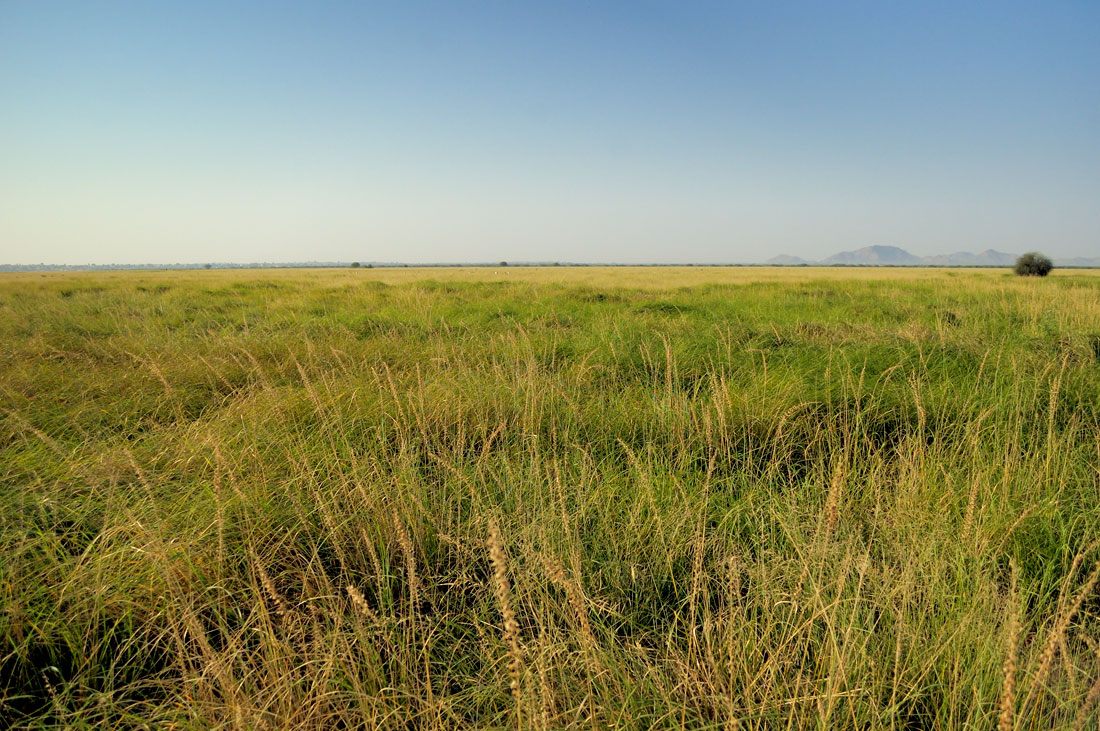 We reached Jaipur station on 13th October, early morning and were waiting outside station for getting our luggage loaded on the vehicles. Birding started right there and on the tree in front of us, *Indian hornbill showed up. On the treetops of the ficus trees around the crowded station area perched were *Yellow footed green pigeons and pied starlings.
We moved on the highway NH-8 and to Naliasar Lake. Our destination was to reach Sujangarh (10 Kms from Tal-Chapar Sanctuary) till evening. The distance we were supposed to cover was around 300 Kms. It took full day to cover the road because of the spectacular birding on the way. 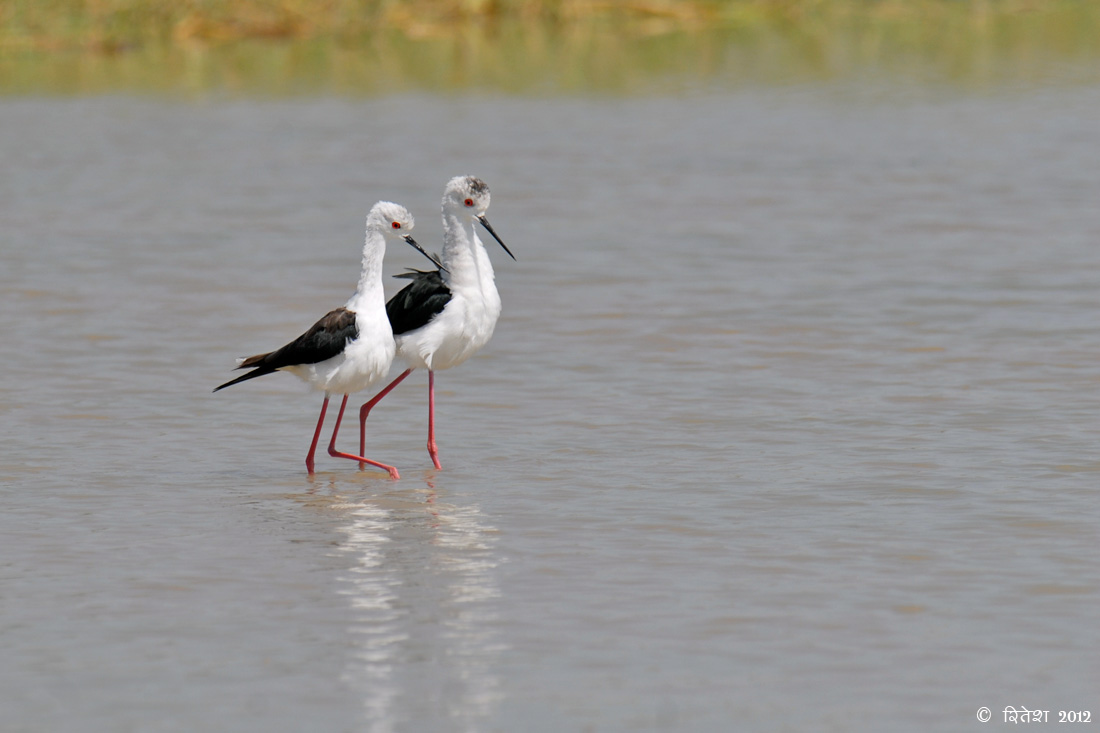 Highlights of the day included *Europian roller, *Blue-Cheeked bee-eaters seen in large number perched on overhead wires and hunting near the waterbody, *Painted snipe female giving beautiful views, Variety of waders seen gathering as the season of wintering in India have been started. 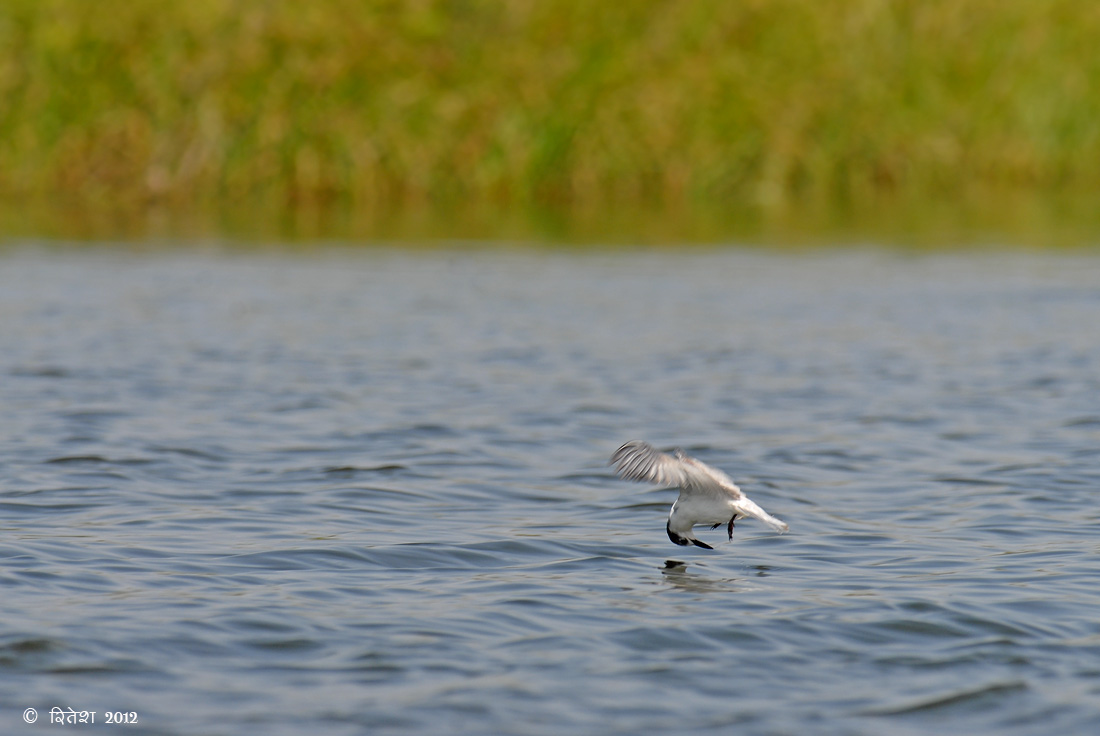 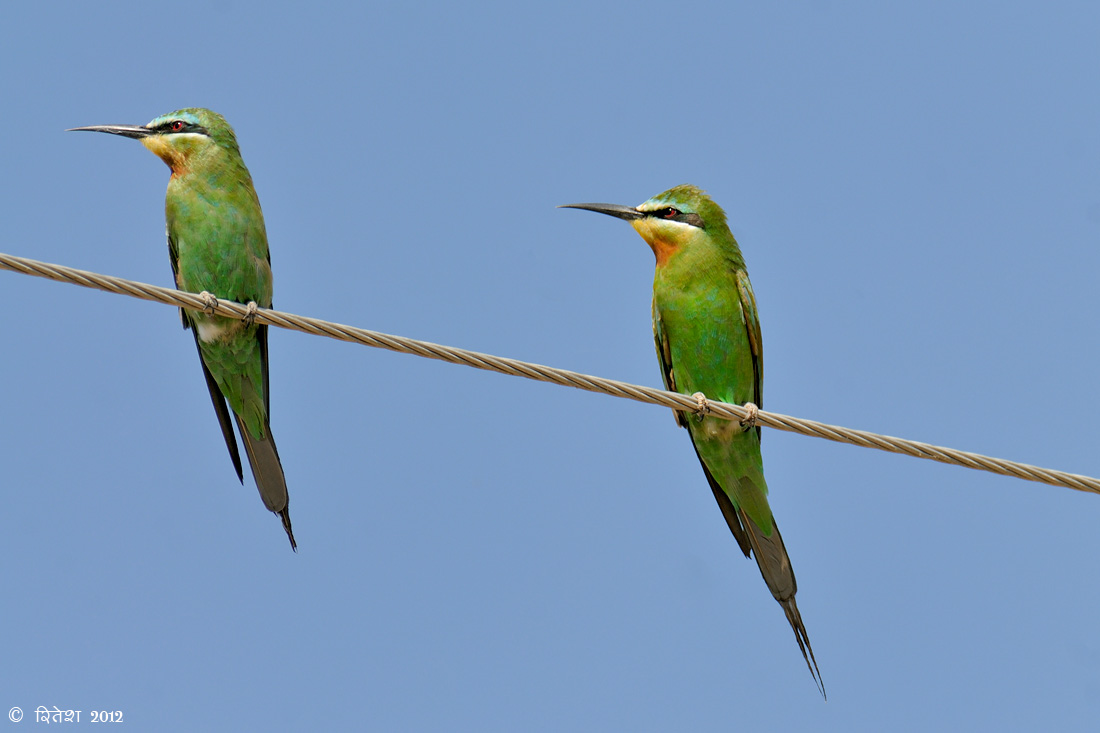 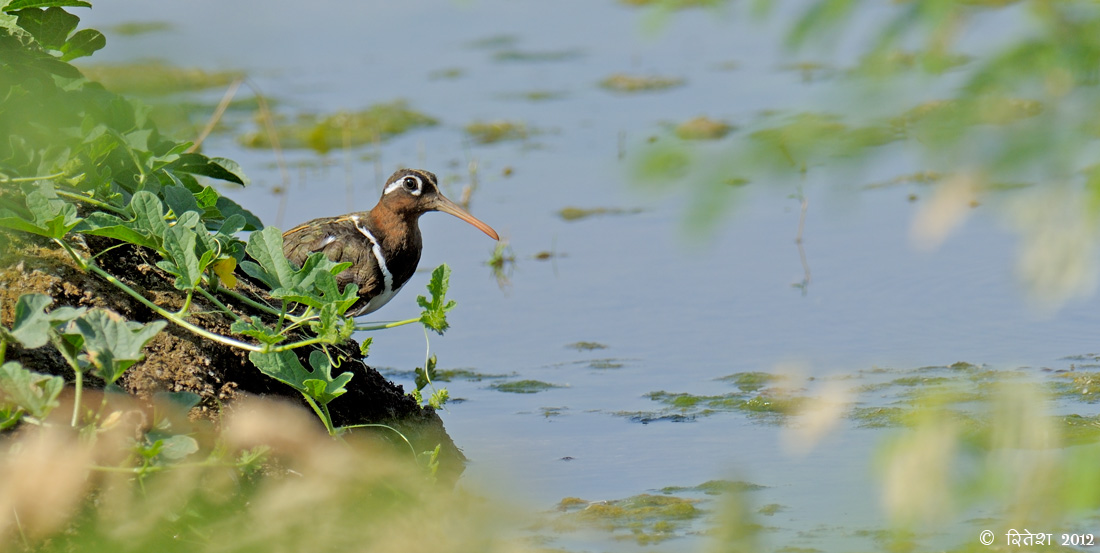 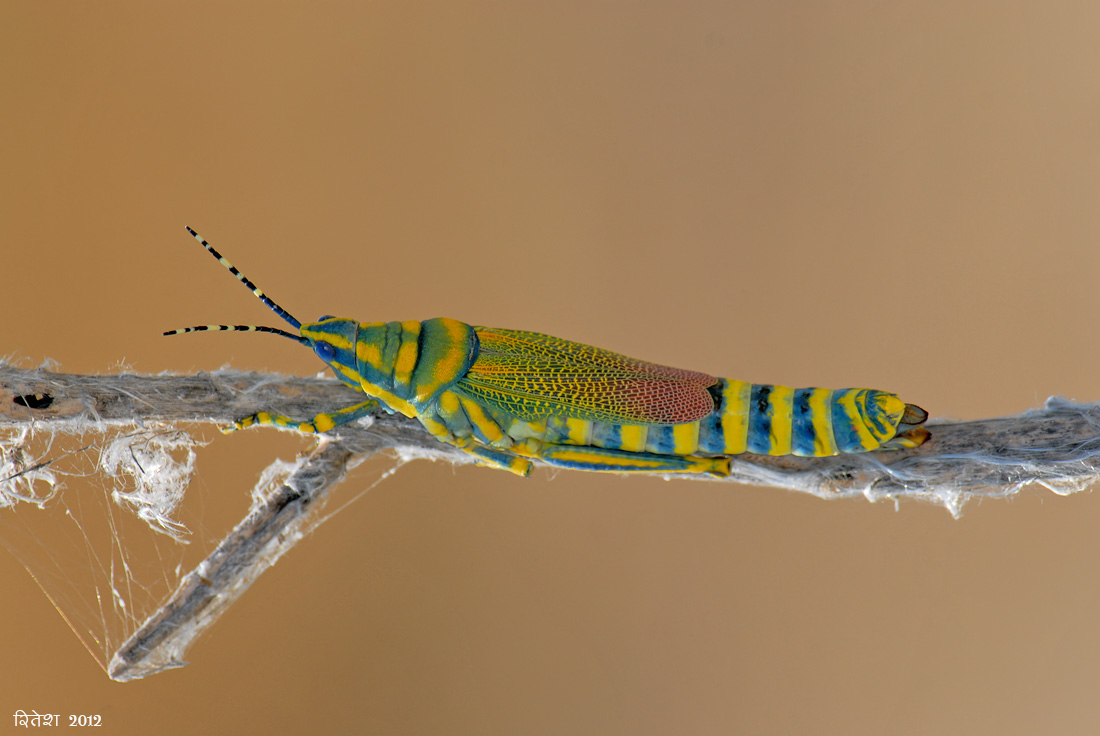 In-spite of the tremendous heat, nobody gave up birding and ticked every bird visible while on the move. We have had good breakfast in the morning and we didn’t realise that evening closed in as we touched the state highway around 4 pm. We had late lunch but till that time much of birding appetite was satisfied. Of course this was not the main course of the menu which was waiting to be relished at Tal-Chapar.

We stayed at Sujangarh and early morning next day we found ourselves gathered around a small tea vendor, who opened his shop  at 6 o’clock, making the special masala chai. Quickly we moved towards Tal-Chapar. On the way a *Long legged buzzard made us to stop and have good views. Few *scavenger vultures had already started their search for food. Adesh informed us that huge number of *white eyed buzzards come to the area for breeding and juveniles are seen in good numbers, but we could see only few of them, only two or three during the whole trip, possibly the juveniles spread out and left the area.  The first striking thing as soon as we entered the Tal-Chapar, was the number of backbucks seen literally on the fences and of the fences, jumping, moving in groups spread over the grass land. 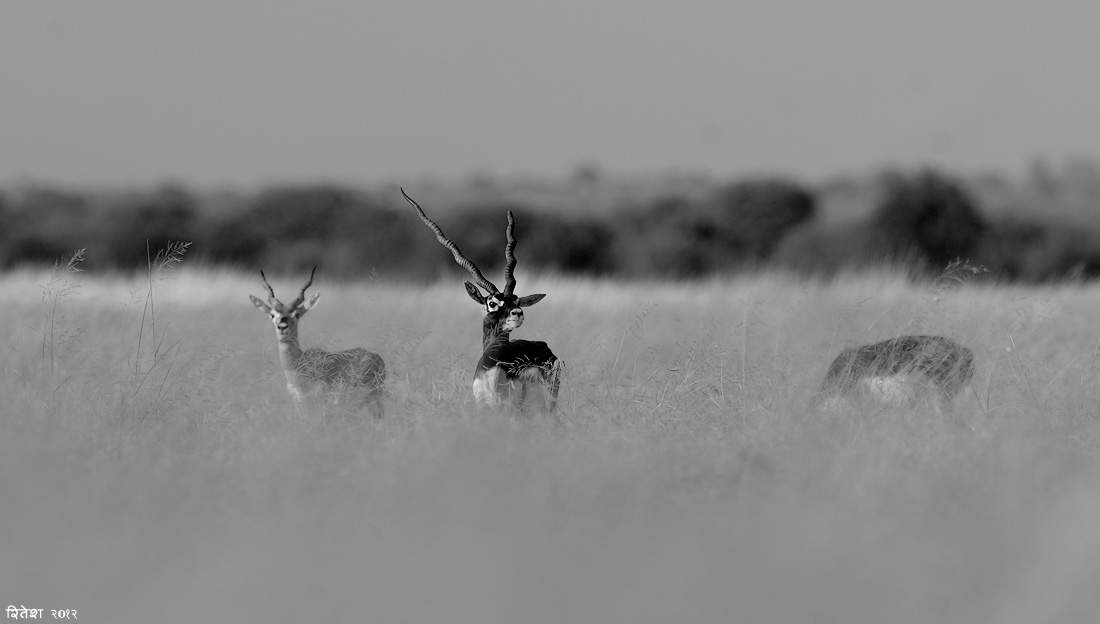 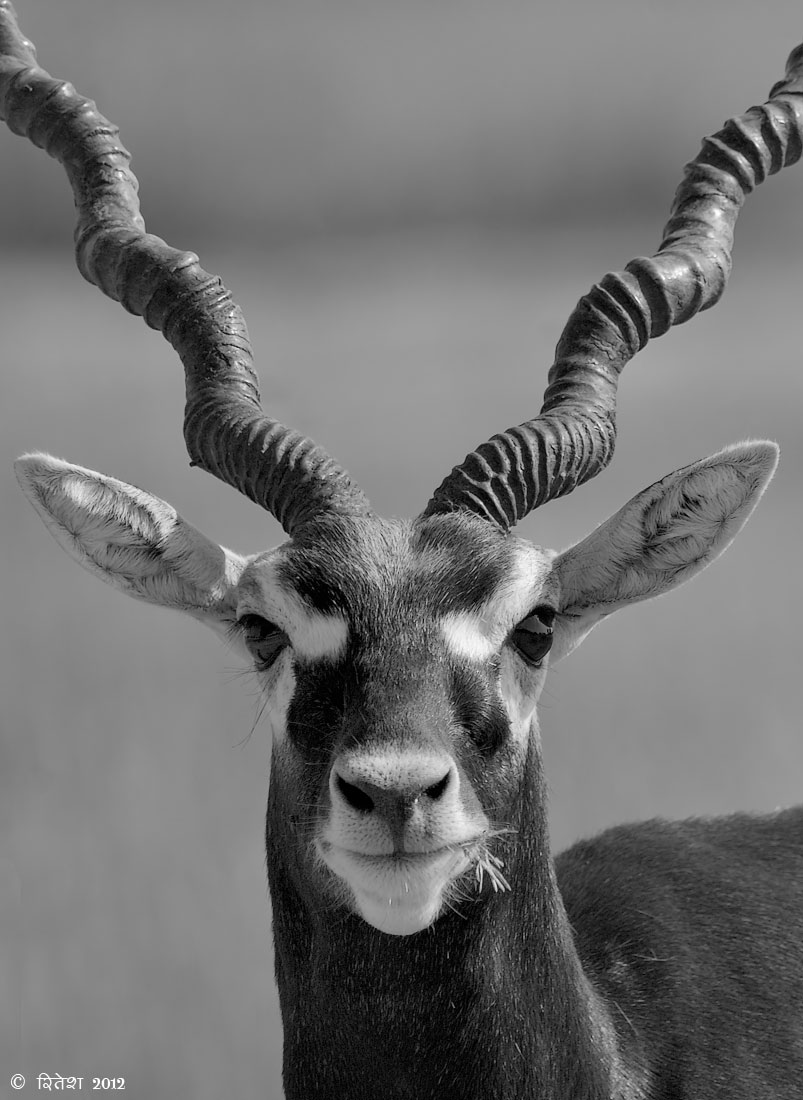 The grass has been little green and tall as the effects of rains persisted. This makes little difficult sighting the Larks and ground dwellers. Entering upon and while scouting on the paths available, we could come across the key species such as *Laggar falcon, *Egyptian  Vultures, *Red necked falcon, flocks of *Greater short-toed larks, *Long billed pipts, *Domessile cranes flying overhead, *Isabelline shrike, *Grey shrike, *Common Kestrel, *Bluethroat, *Montague’s Harrier and *Eurasian Marsh Harrier. 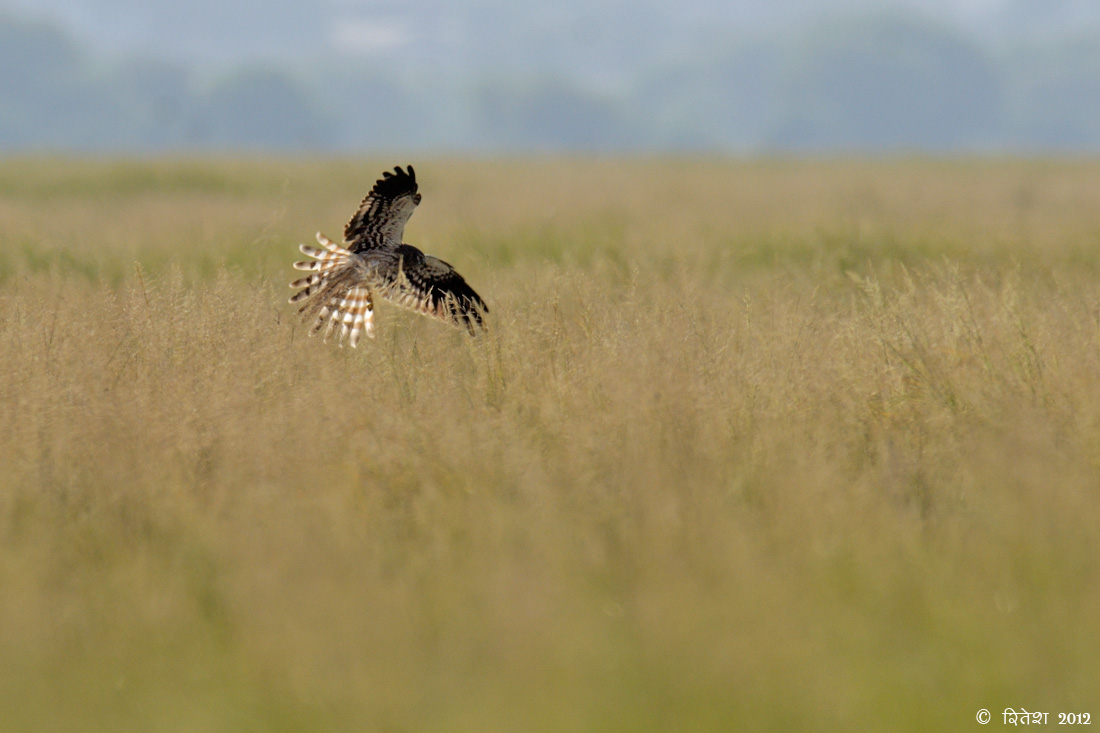 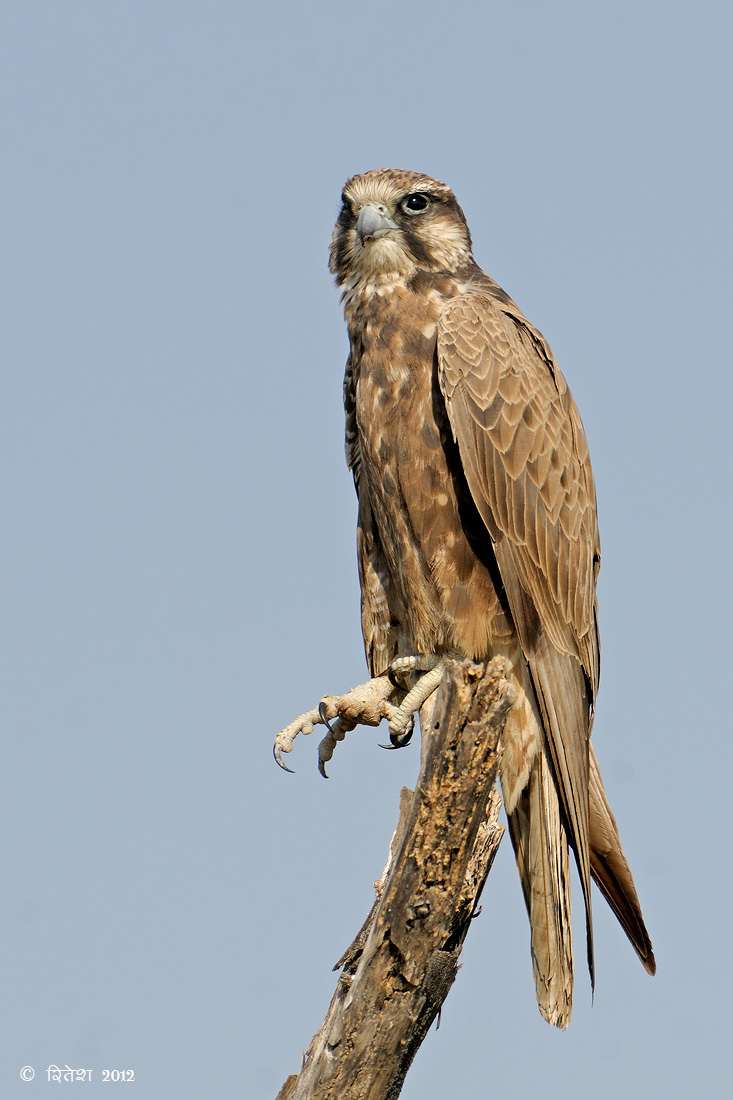 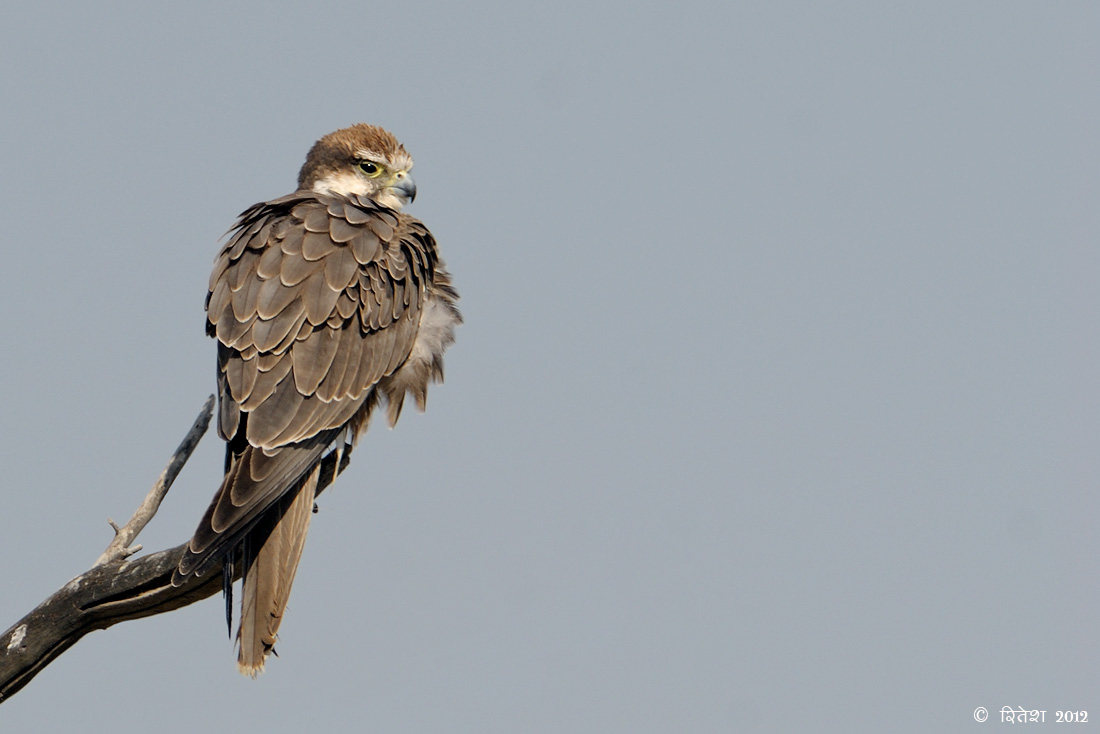 Afternoon was spent outside the sanctuary area looking out for the reptiles, spiny tailed lizards which were in great numbers. A desert fox was seen fleeting away. These beautiful reptiles are main source of food for the raptors and we could see *booted eagles, Egyptian vultures and Laggar falcons circling over to hunt. There were good number of “Khijadi” trees around which is prime habitat for *Spotted Creeper. Spotted creeper was later spotted picking up bugs and insects from crevices of tree trunks without bothering being surrounded by shutterbugs. Photographers were seen bumping themselves as well as bumping the camera ISO to capture the fleeting hyper active bird called spotted creeper which unlike other creepers had a strong tail and held it away from tree trunk, pushing all its weight on strong claws to cling on the tree. It flew off with melodious call. 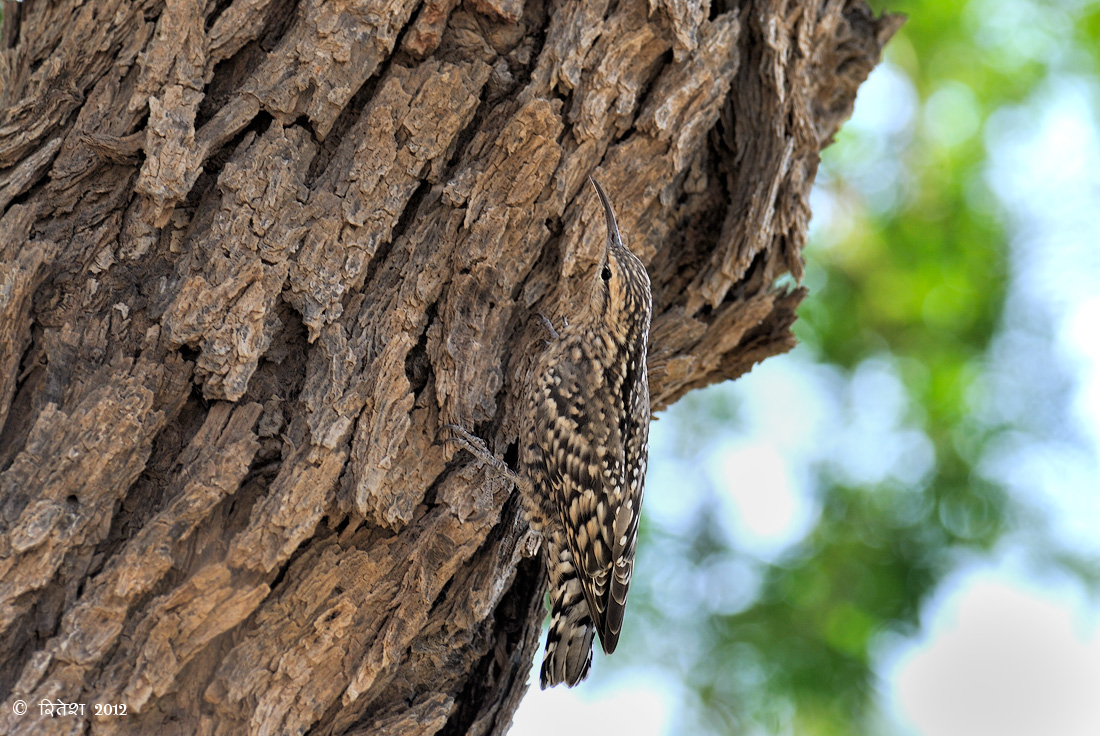 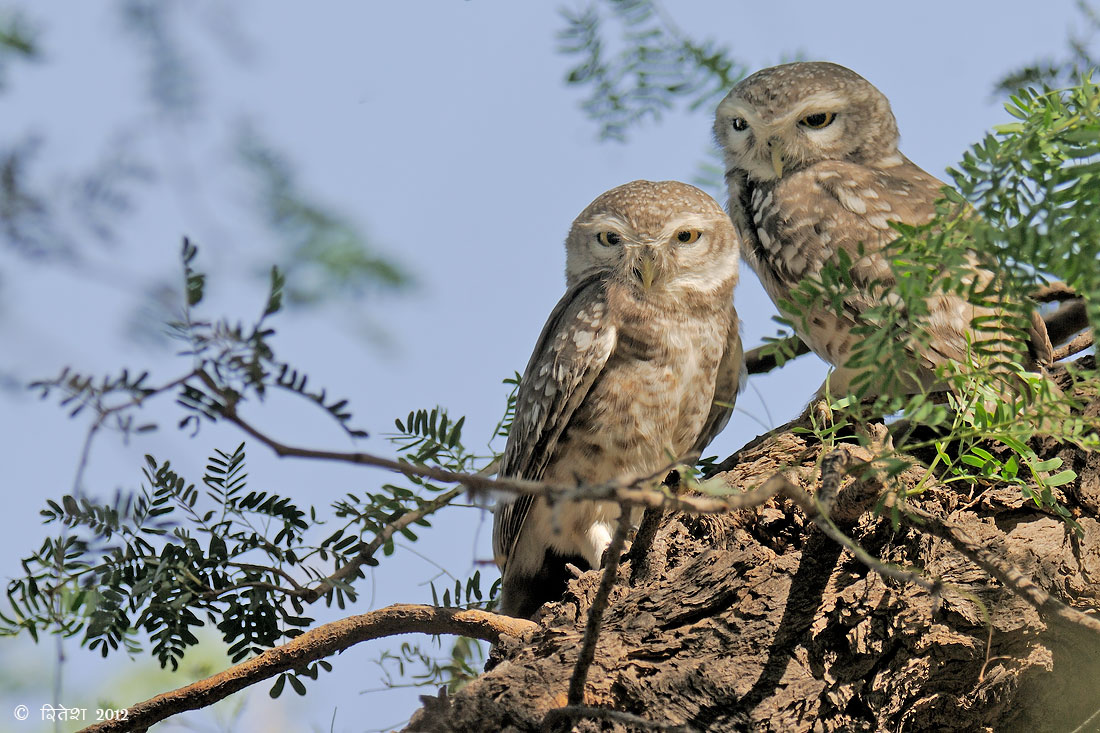 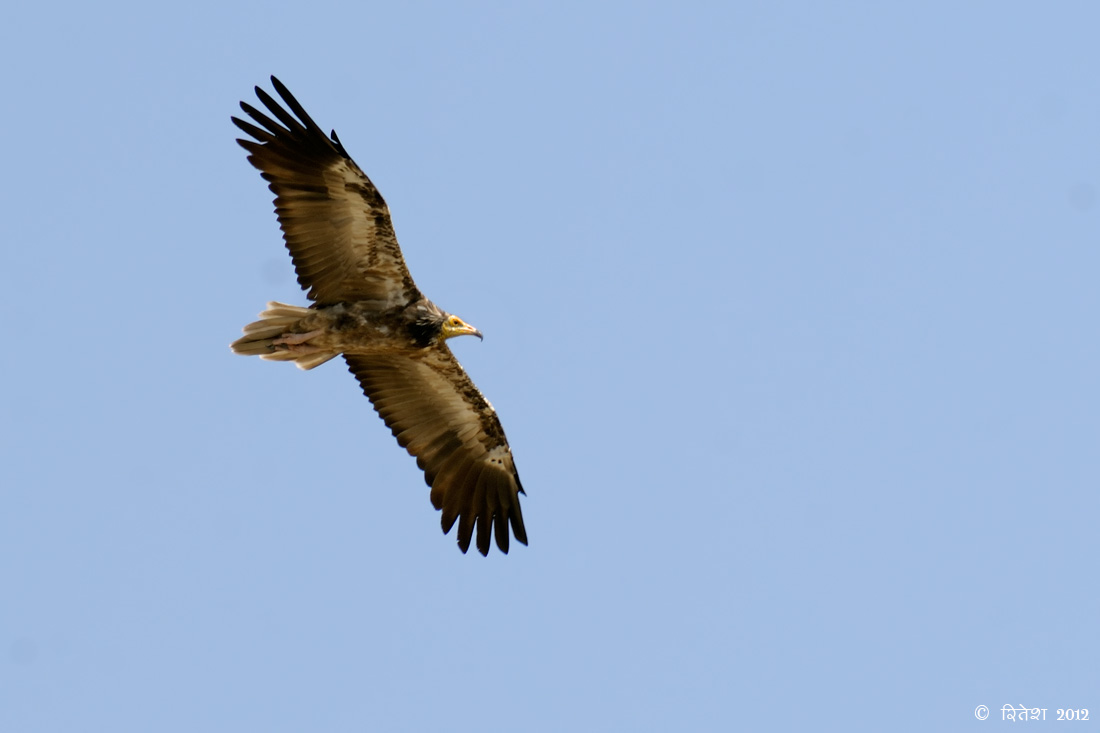 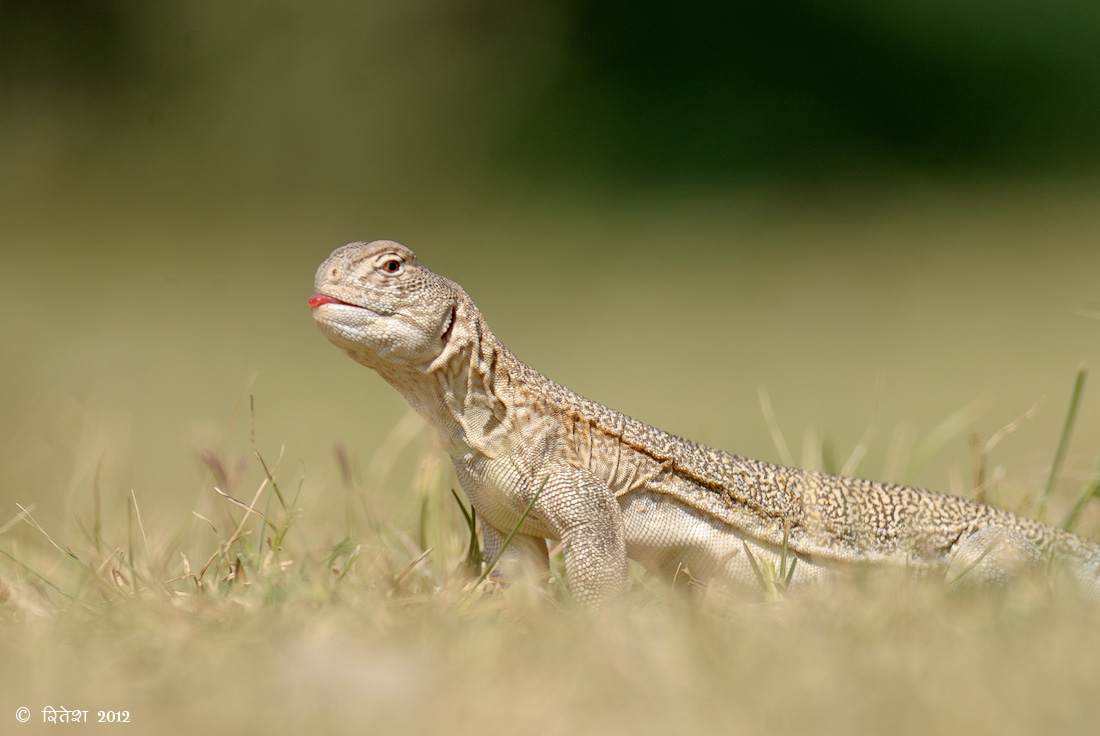 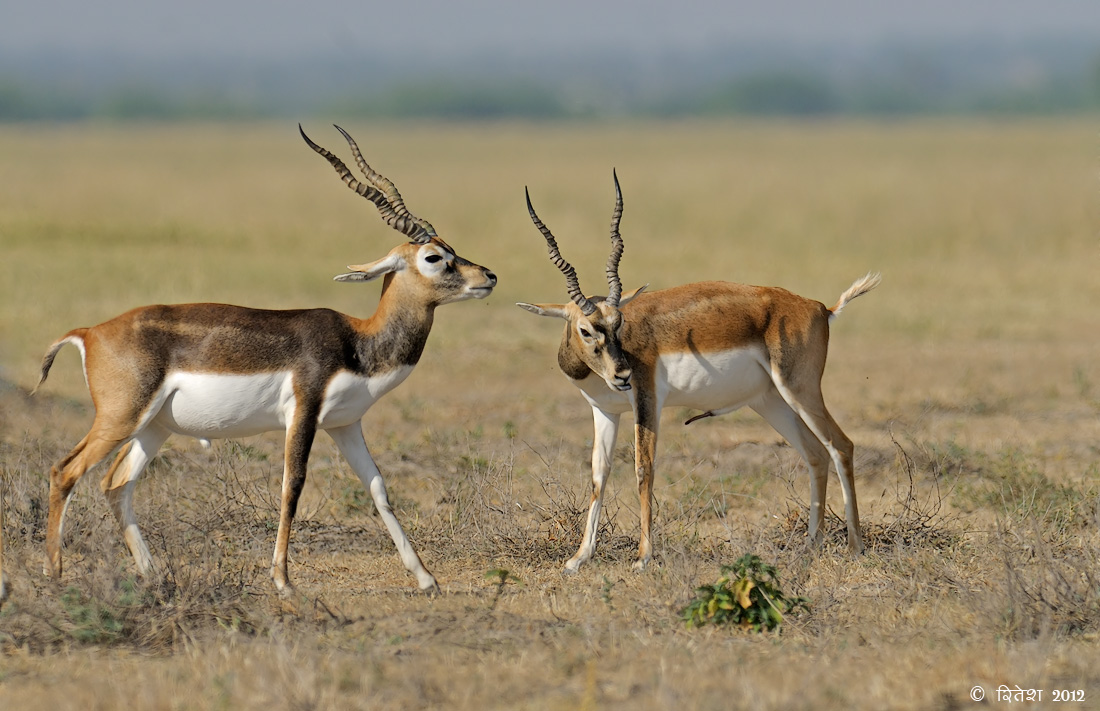 Evening was reserved for Yellow eyed pigeons which visit sanctuary area for roosting. The safari in the grassland now seemed more delightful as the golden sunrays spread across. One pigeon came and sat on dry branch alongside a collared dove. That was the yellow eyed pigeon, or eastern stock pigeon. Many of them came with falling light. The distinct ID features being explained by experts were quickly appreciated by team.

Yet another night we survived at the international hotel and same tea stall in the morning was crowded by us. Morning stroll at the grasslands gave similar sightings of the earlier morning with not less but more opportunities to watch and appreciate the beauty of the abode of avian variety, reptiles and other lesser fauna. We came across a Red Sand Boa snake, monitor lizard crossing the pathway. 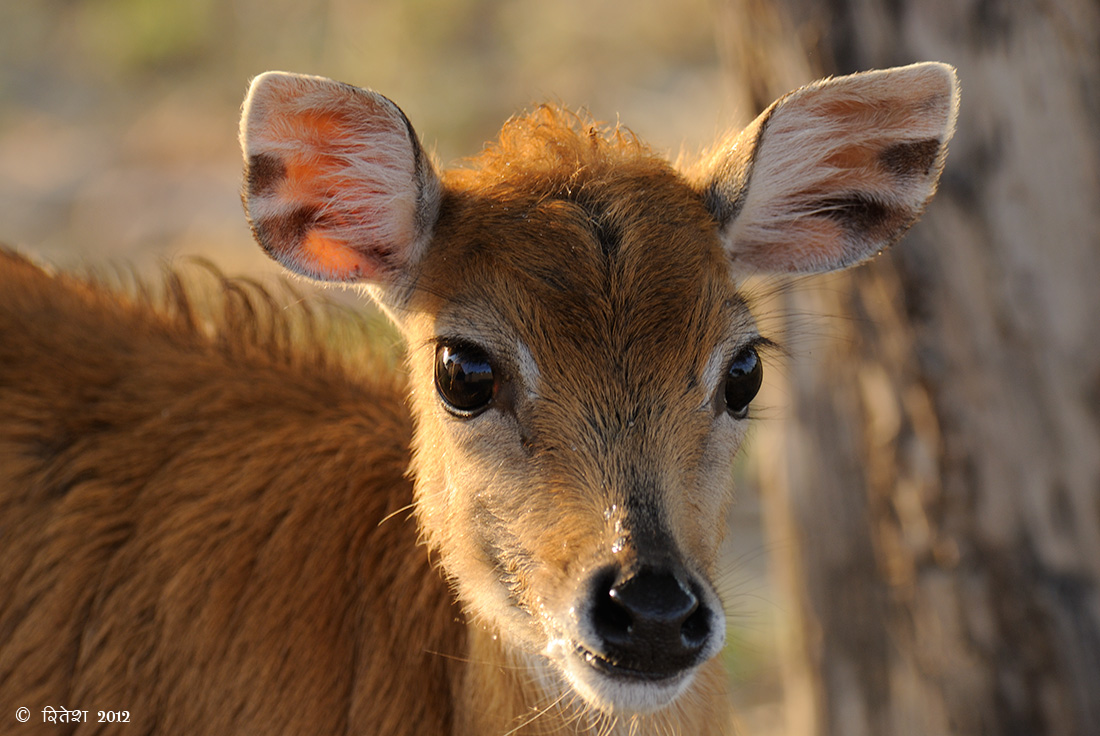 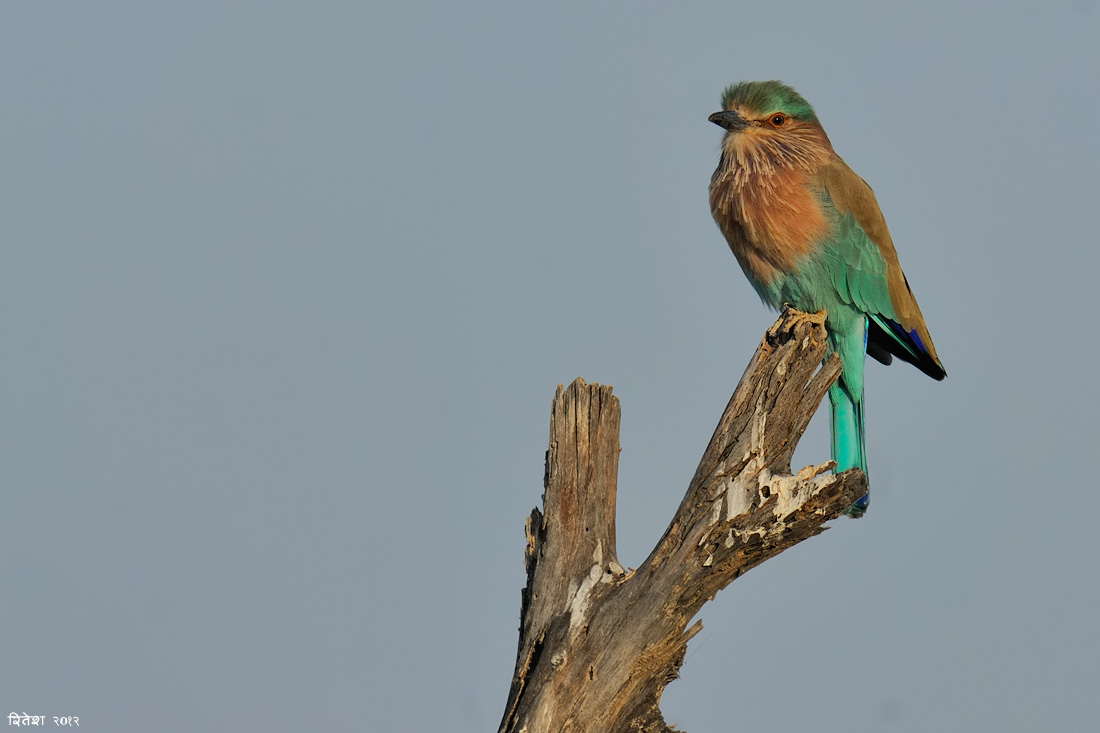 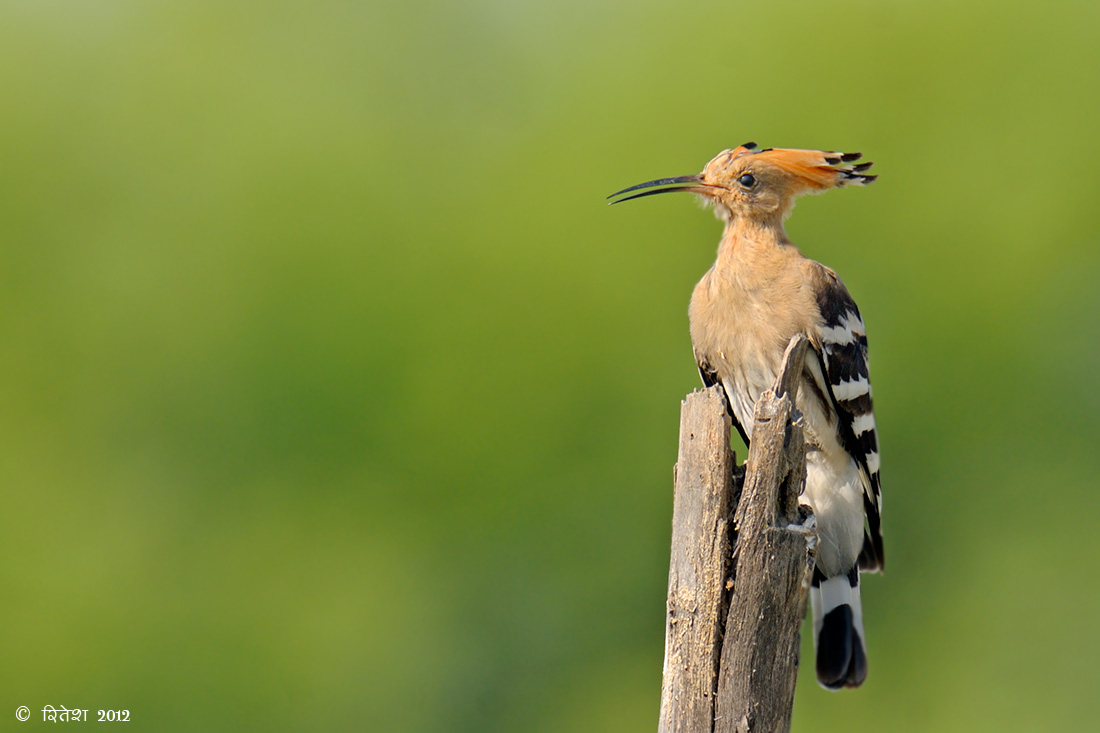 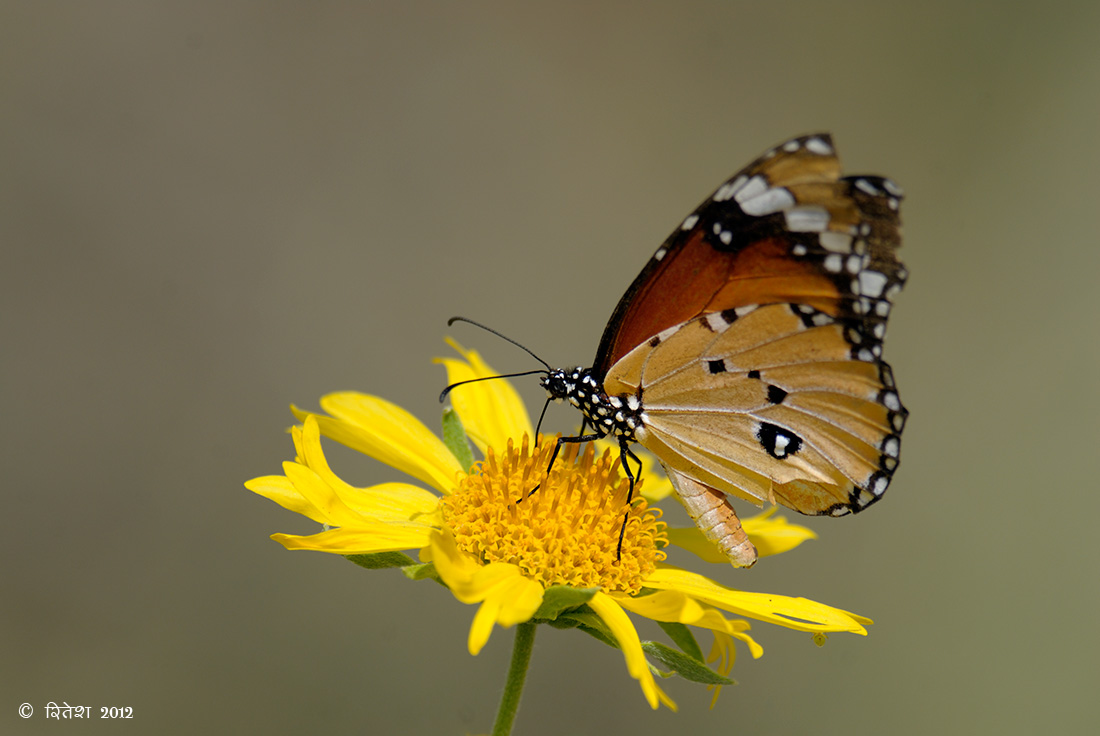 In the afternoon we went towards north away from park along highway at a recorded nesting site for Northern Raven. We had no luck to see it but saw white eyed buzzards from close distance. A small water pond in a village on the way was teaming with herons and waders including a small pratincole. 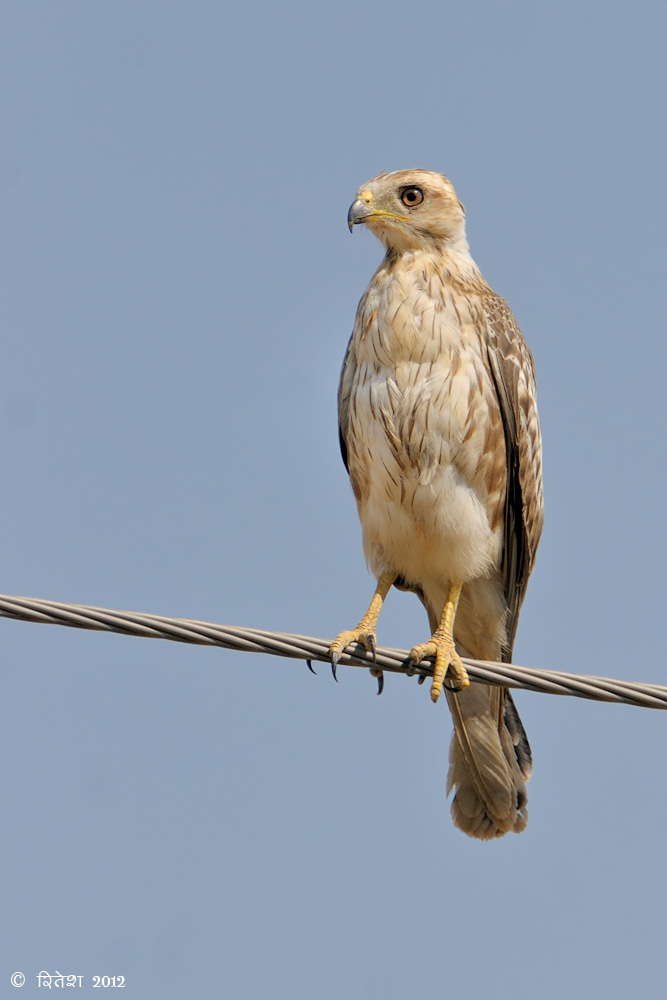 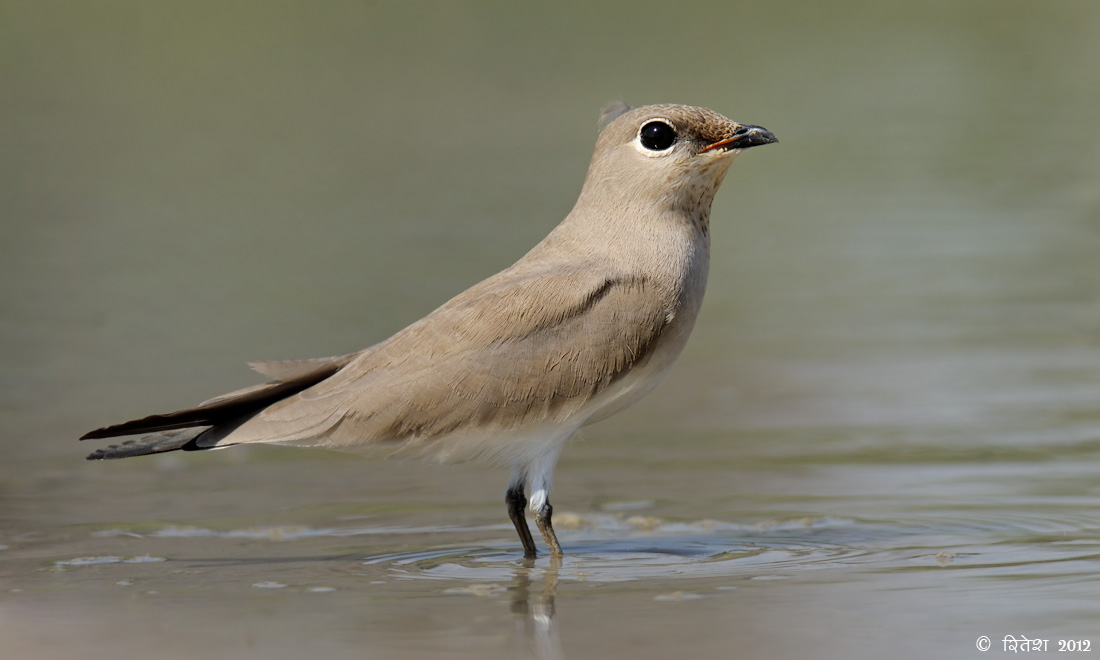 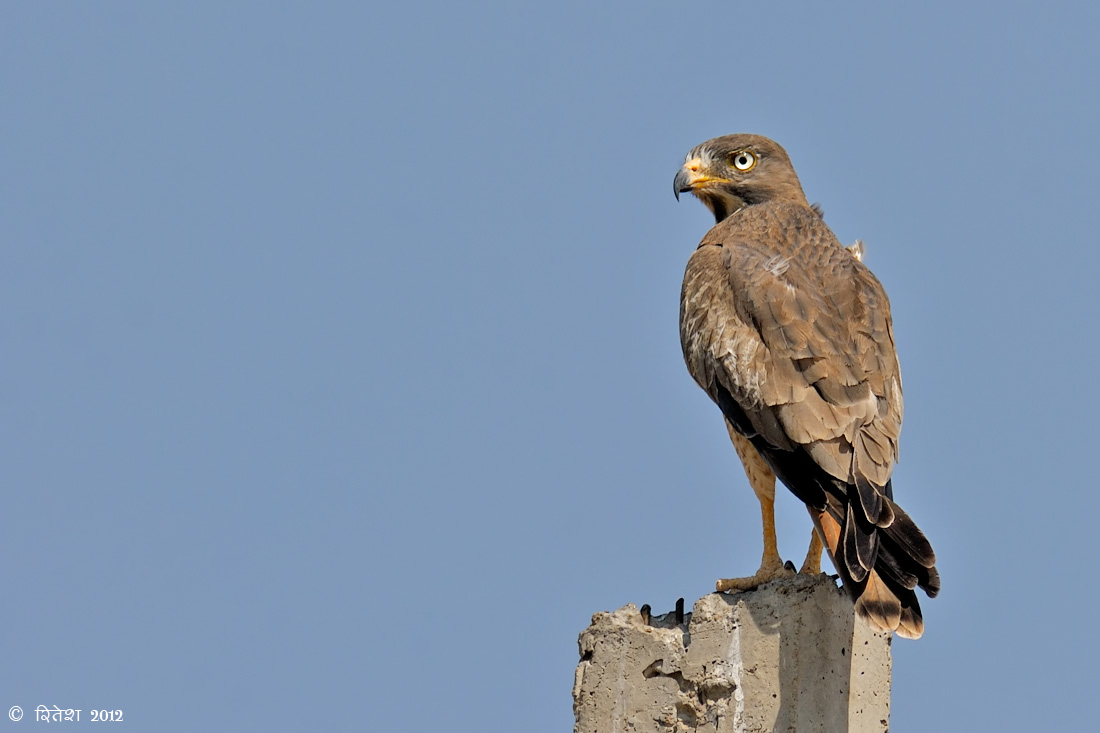 Evening we spent outside sanctuary near salt pans to find *Stolickza’s bushchat. Photographers devoured this unique opportunity. Stolickza’s bushchat is another mysterious bird as explained by Adesh, as its breeding behaviour and details of local movements is less documented/observed. 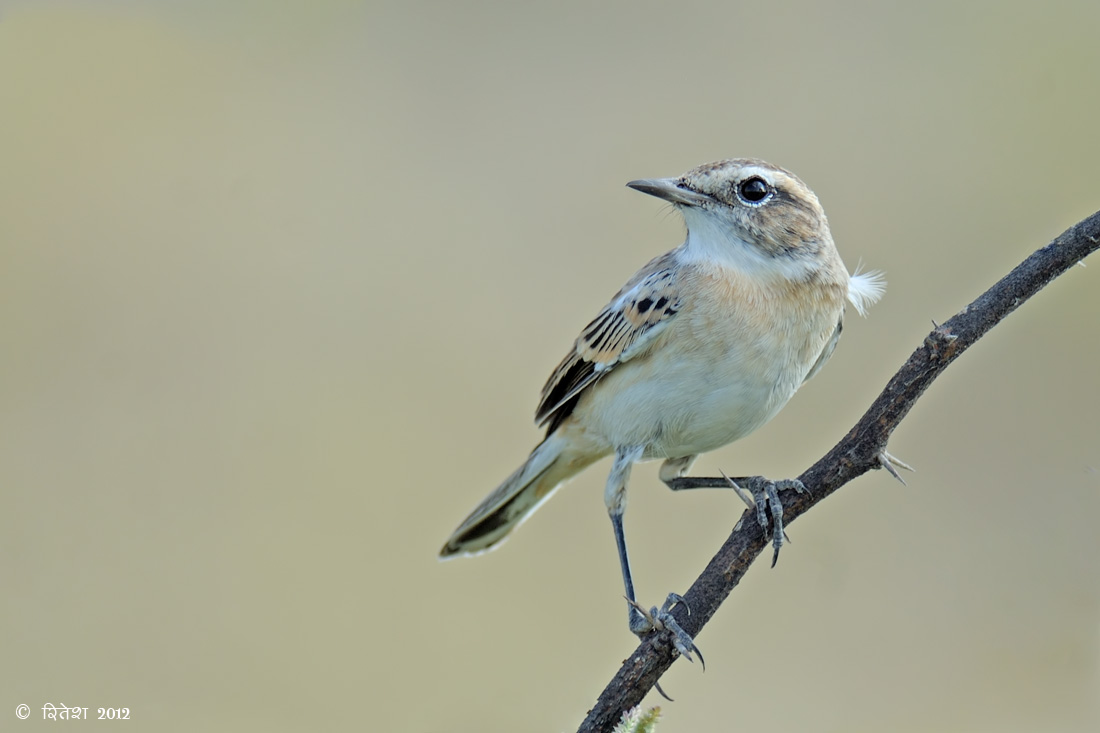 We did our best to spend the last available time at Tal-chapar and were rewarded with sighting of desert fox running over the hills.

Next day early morning we left International hotel, towards Ajmer to catch up evening train. On the way while one of the vehicle encountered a minor problem, we all remained halted at a small village called Daulatpur. We just casually walked and found number of “Khijadi” trees, a suitable habitat for spotted creeper. And Sandeep Dhumal spotted the Spotted Creeper with ease. It was a big surprise for us, but in the view of expert, Adesh, there is fair chance to spot it in the adjoining area where ever the habitat exists. 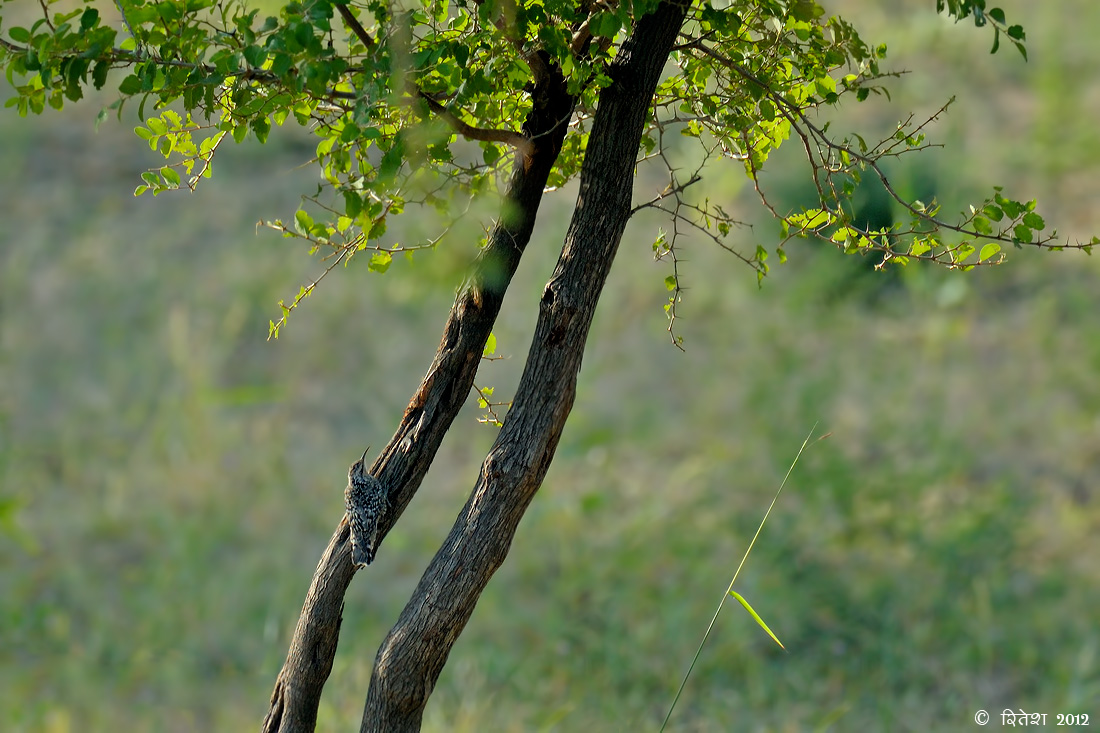 We reached Ajmer around 12 o’clock. In the middle of the day, in scorching heat we tried to bird around Ajmer. *Eurasian eagle owl was the unexpected sighting. 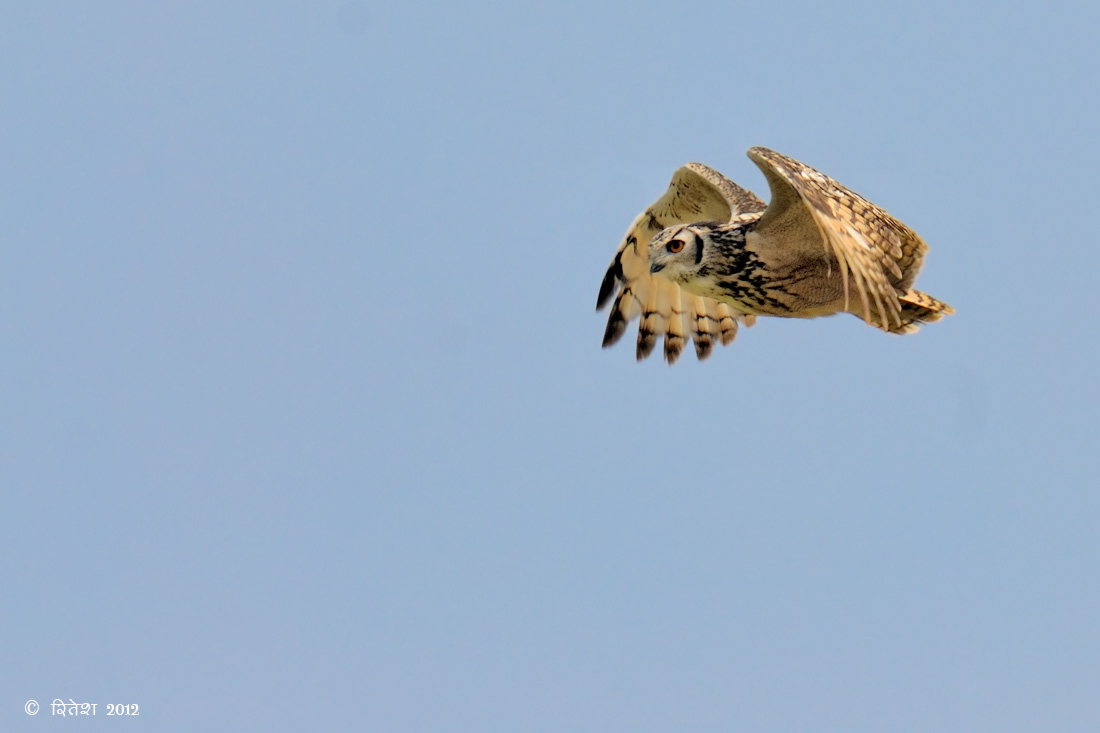 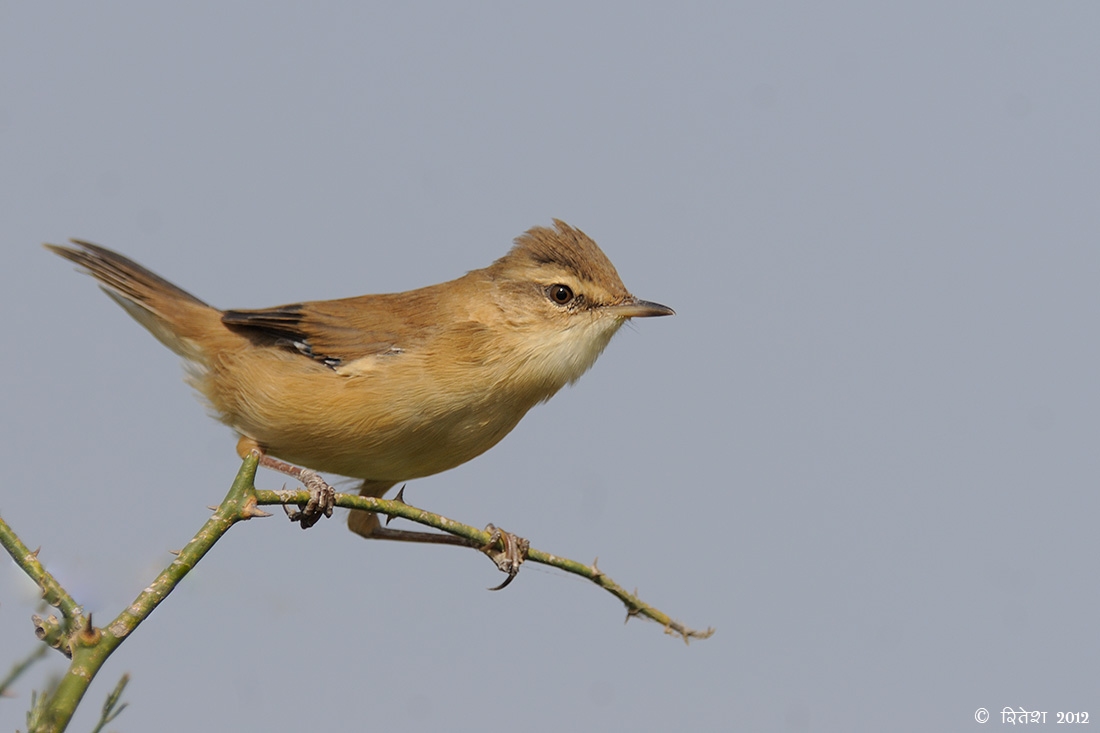 Rajasthan may appear as synonym for deserts and ruthless, merciless rule of sun overhead, however in these harsh deserts gentle human beings also dwell, and their hearts are filled with love for all life forms. Birds, Animals are not harmed by these people, as they better know the value of life and survival in the conditions available. Still it is difficult to understand how such kind and humble attitude was established in society and is still being continued. Birds that we saw were tame and did not fear of human beings..this was surprising.. 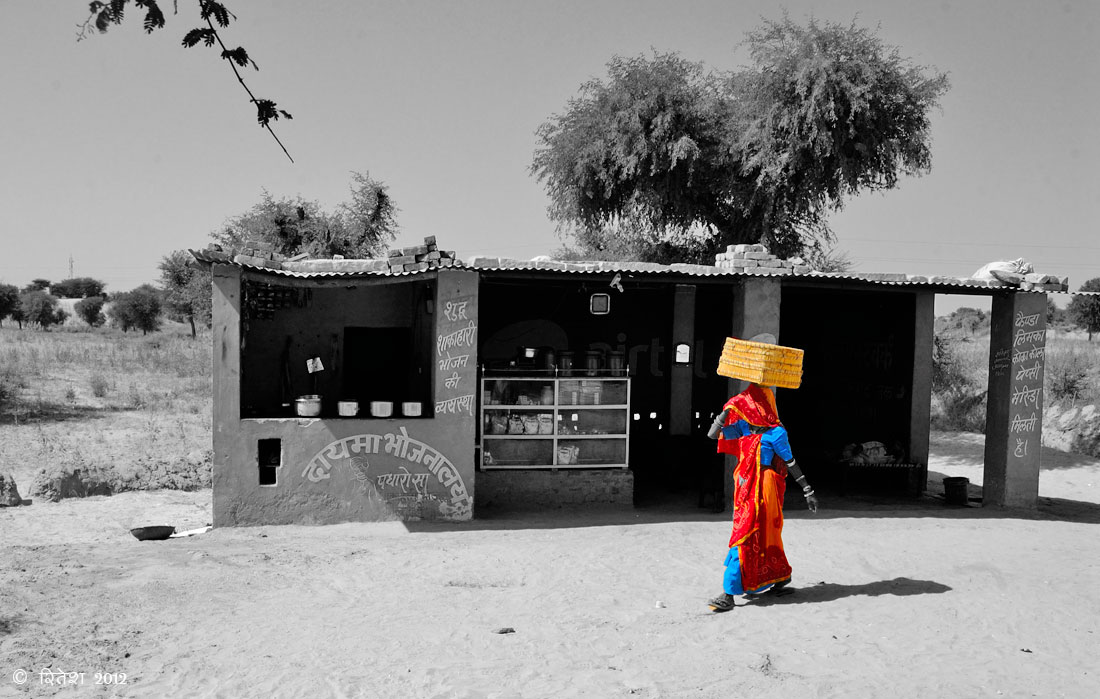 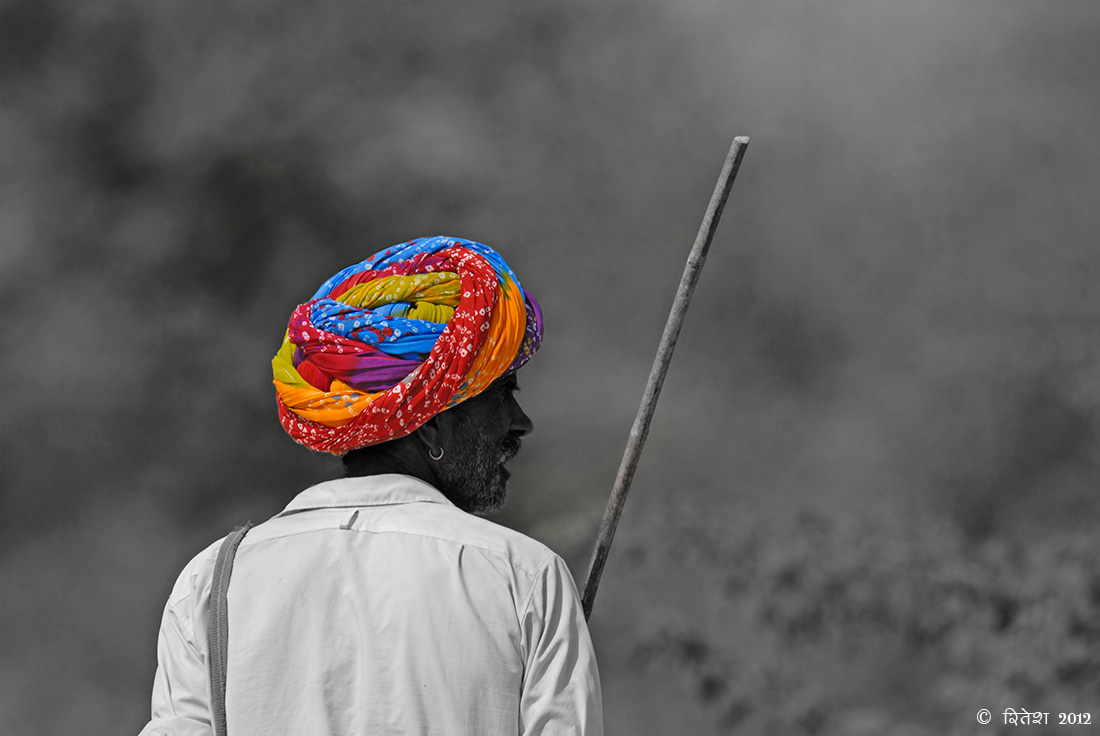 In the uninteresting dry landscapes what catches one's eye is the colorful attire of the common people...Where on earth one can find such blast of colors...India it is.

Posted by Silverbill at 9:37 AM

What an awesome blog u have made. :-)

What an awesome blog u have made. :-)

Some of the best pics of birds I have seen. Thanks for sharing. I have myself been to Tal Chapar and was amazed at the variety and density of birds there. Thansk.

nice work man for place like this . i hope this kind of will provide magnet effect for this place

nice work man for place like this . i hope this kind of will provide magnet effect for this place